Museu de Granollers,
Granollers, ES
Put oneself in the place of the other, Exhibition Publication, April 2022 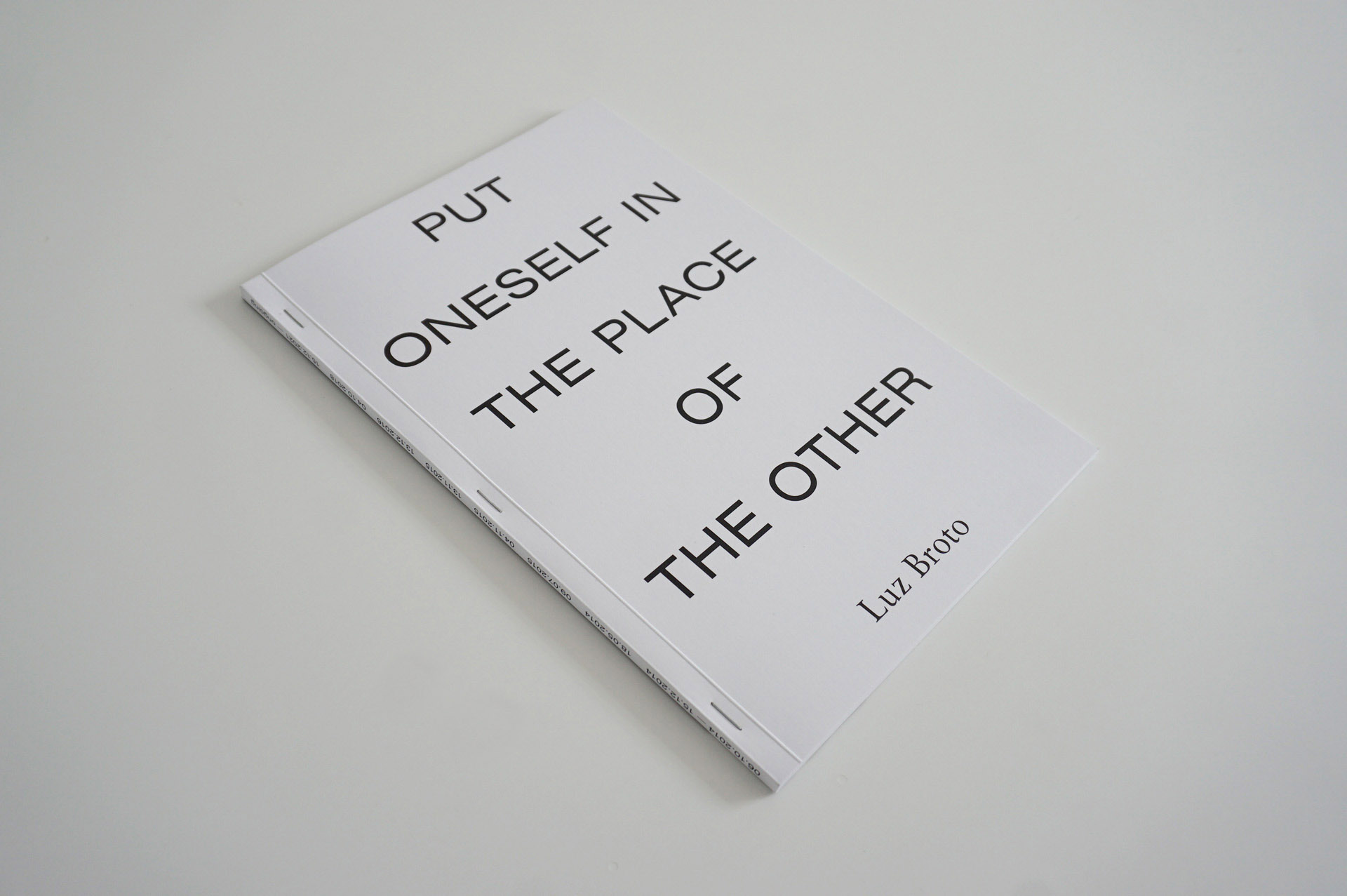 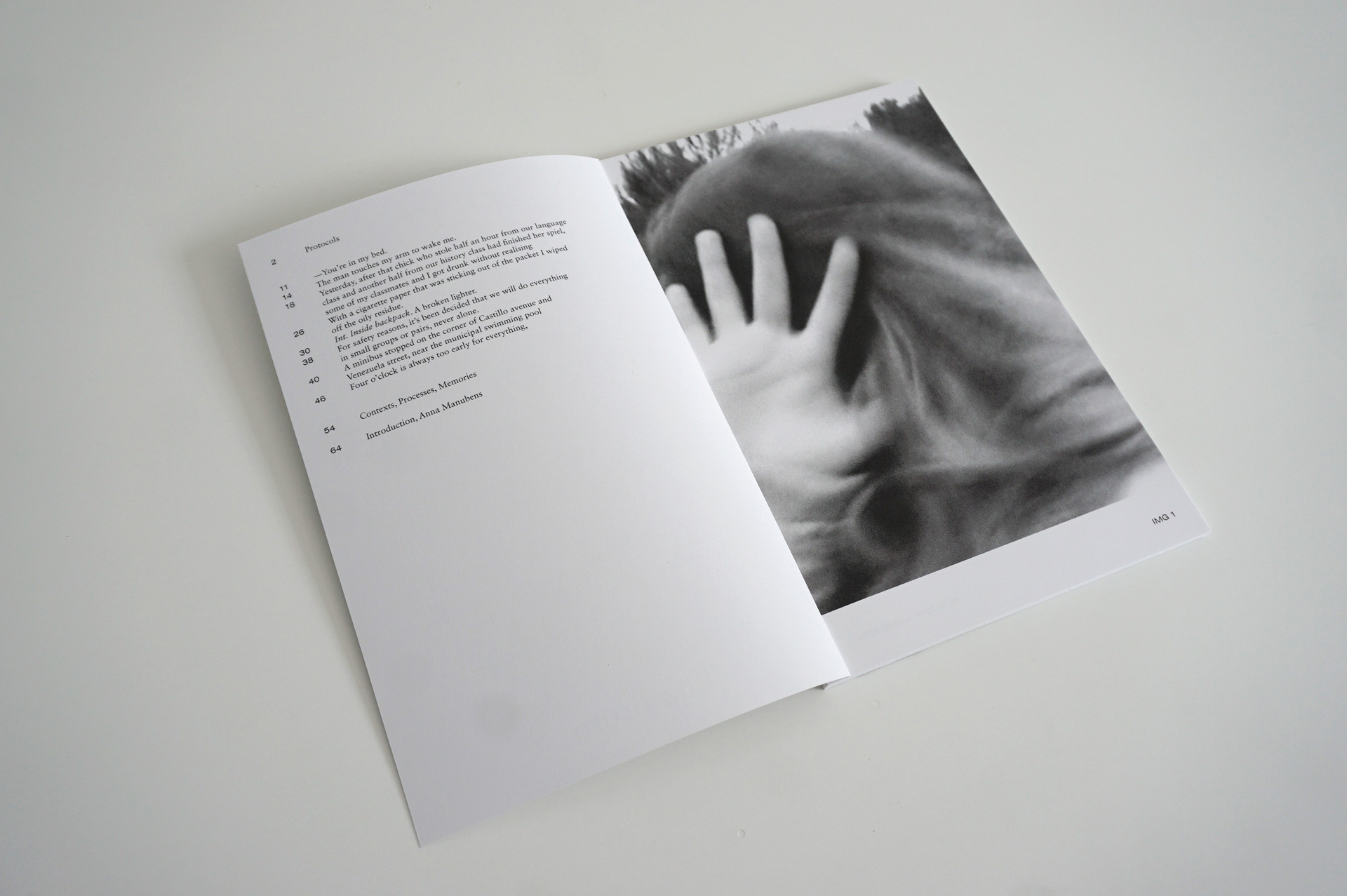 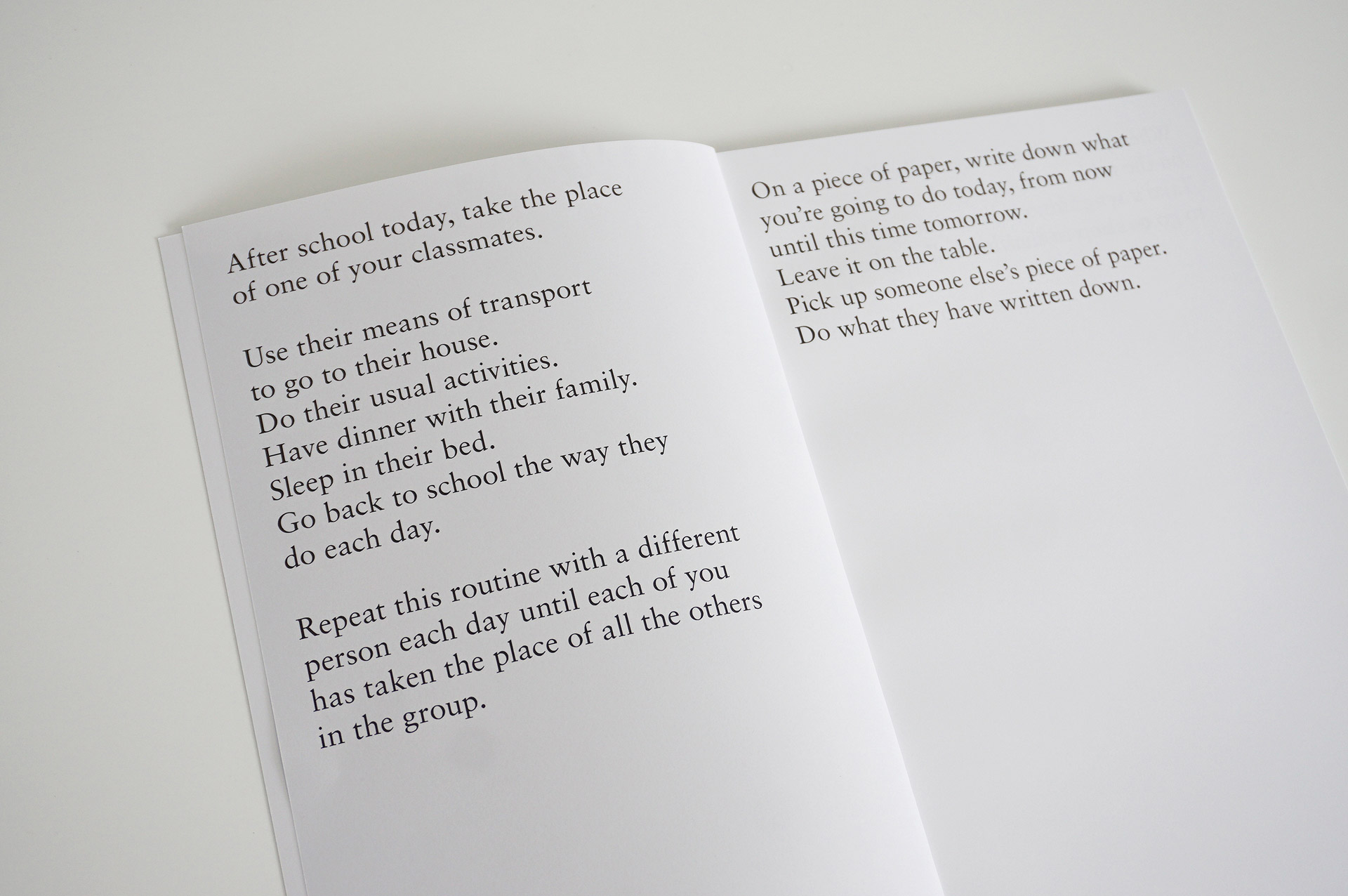 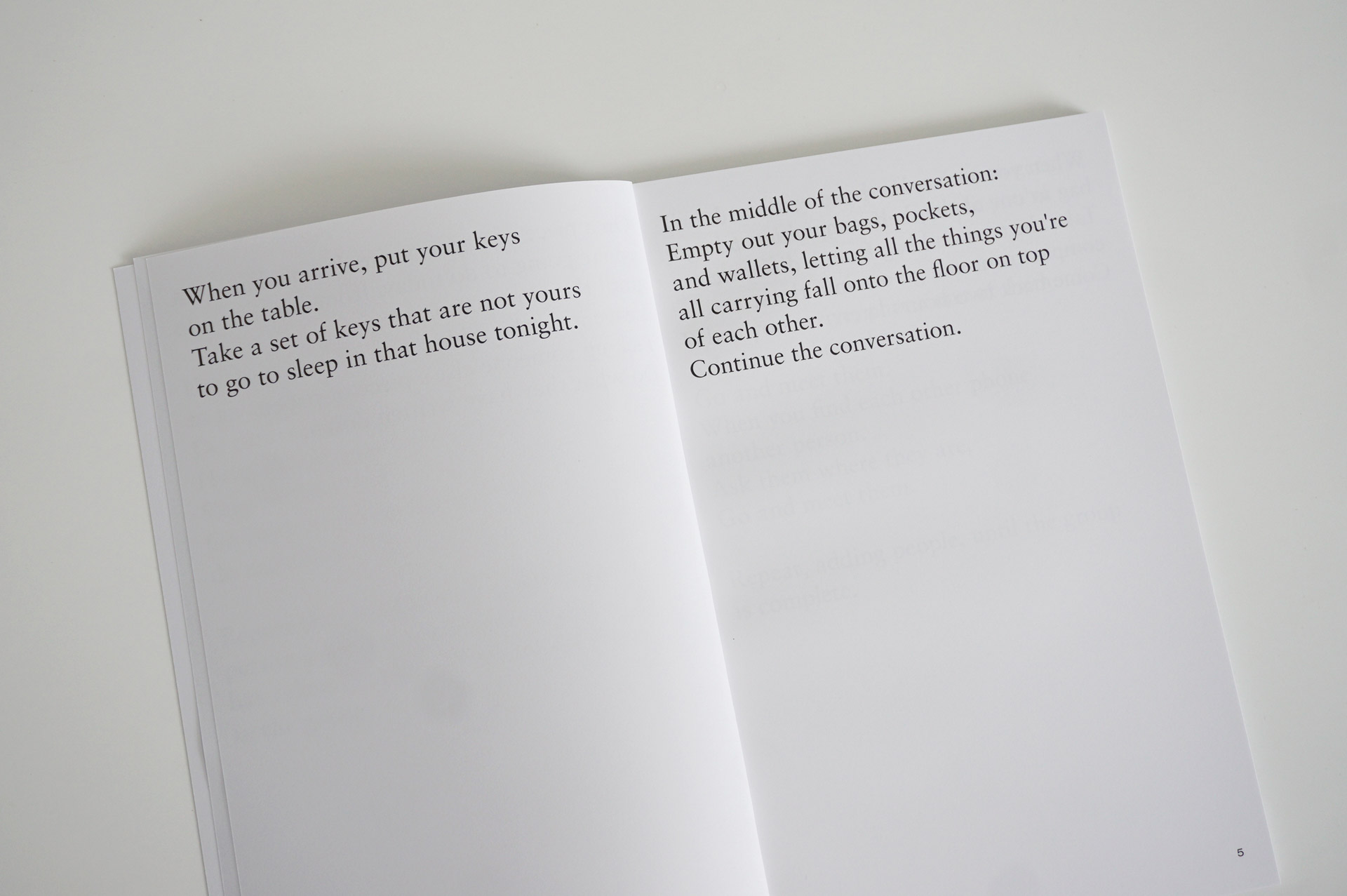 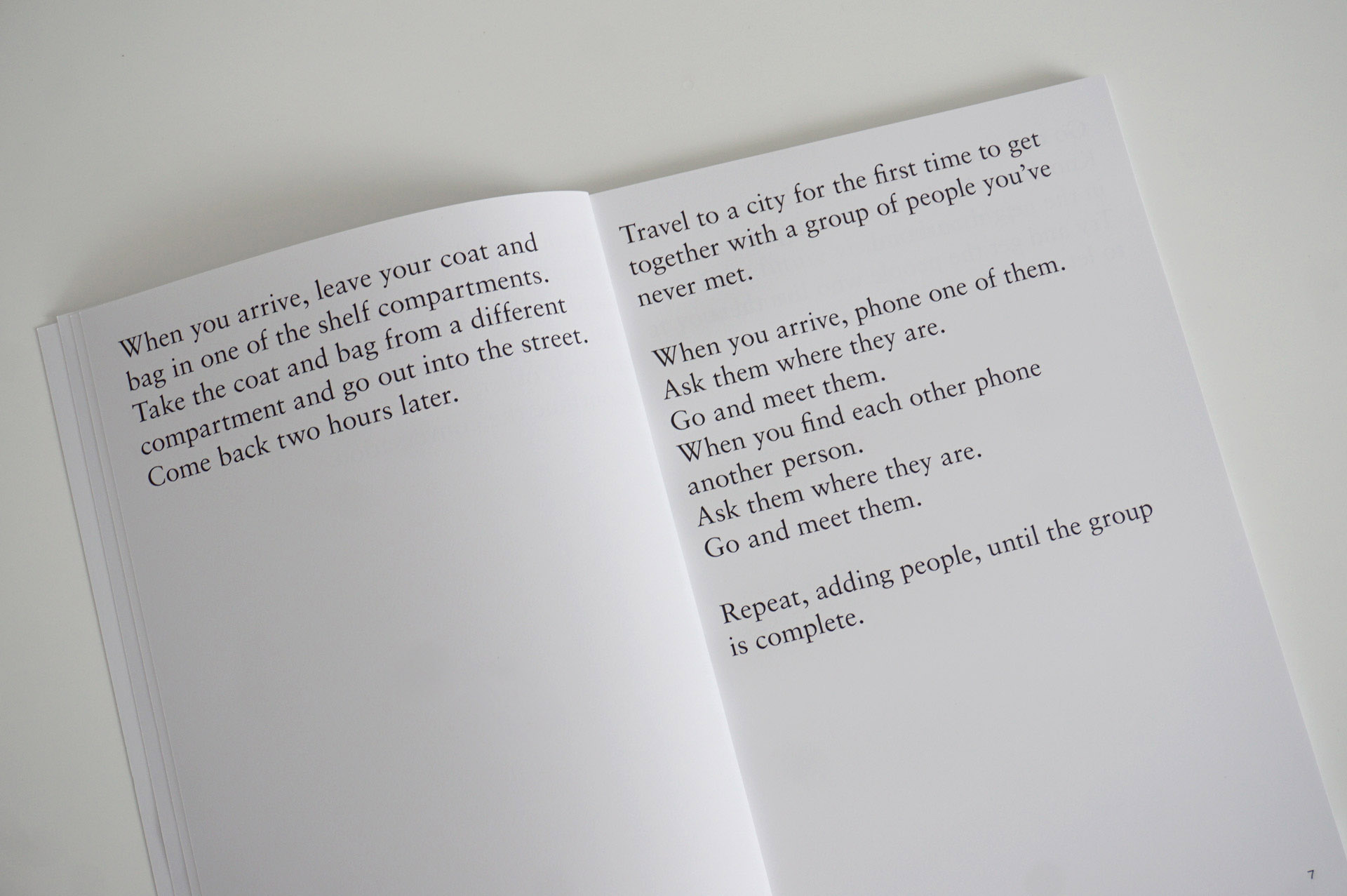 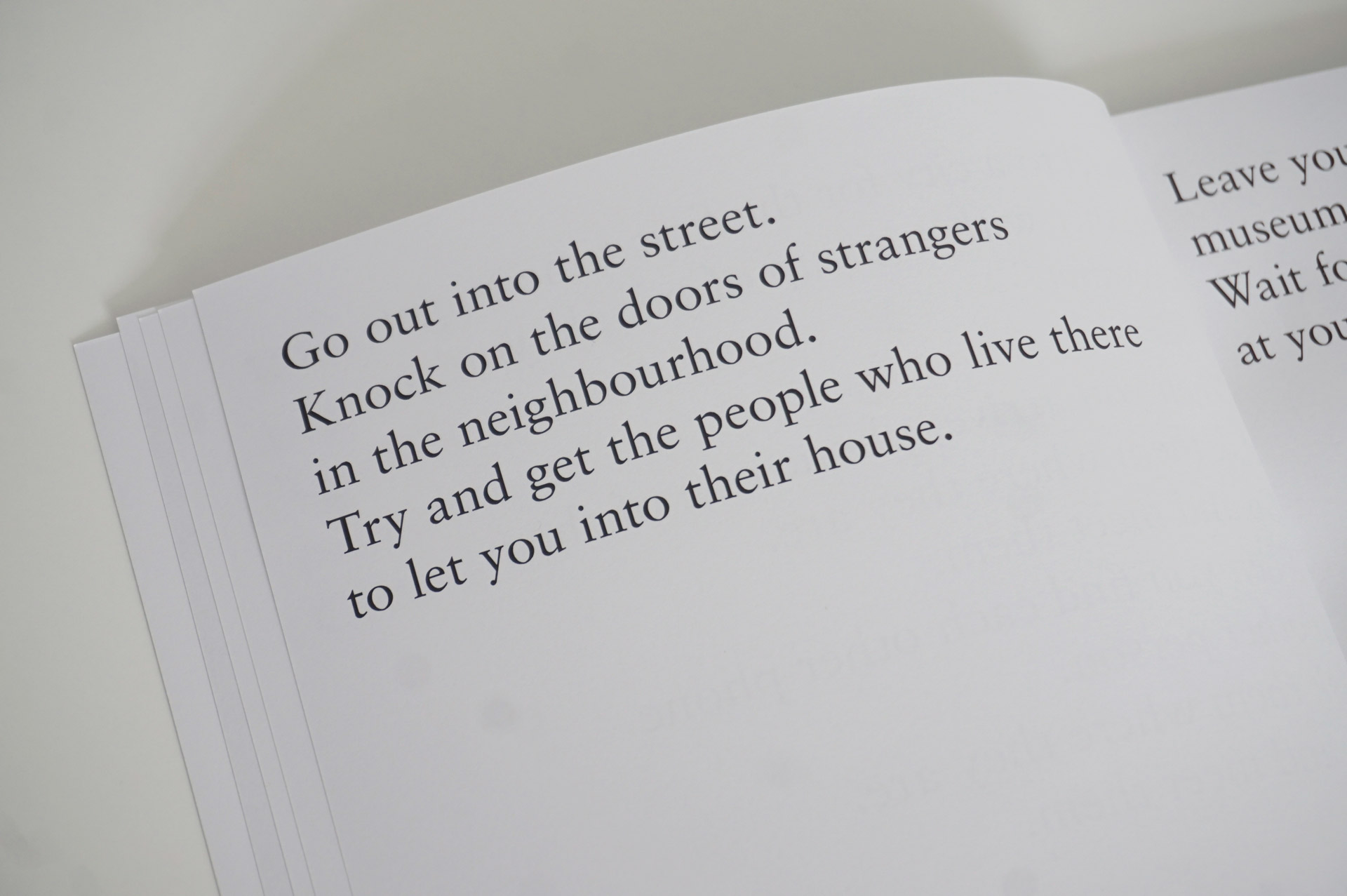 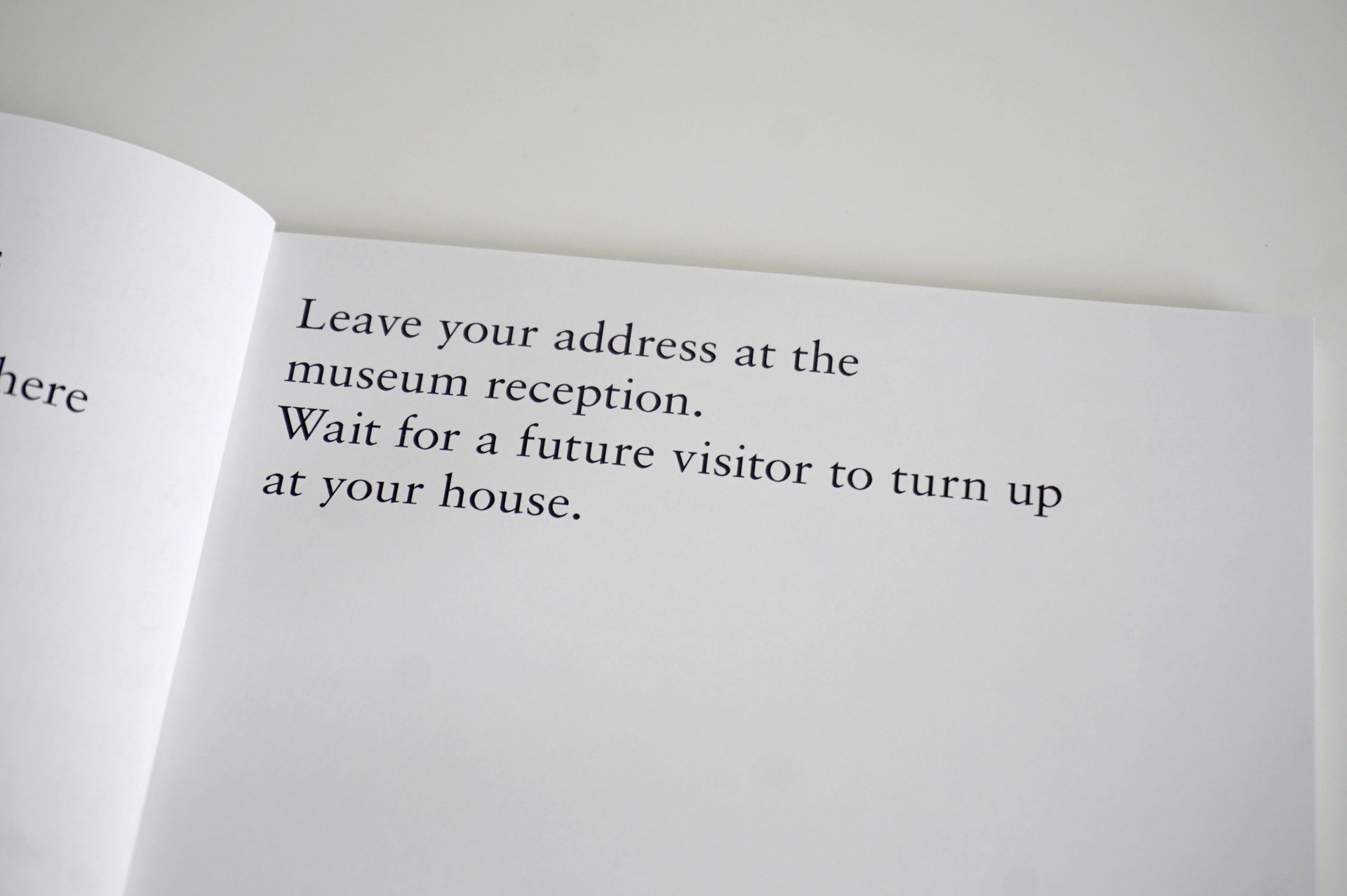 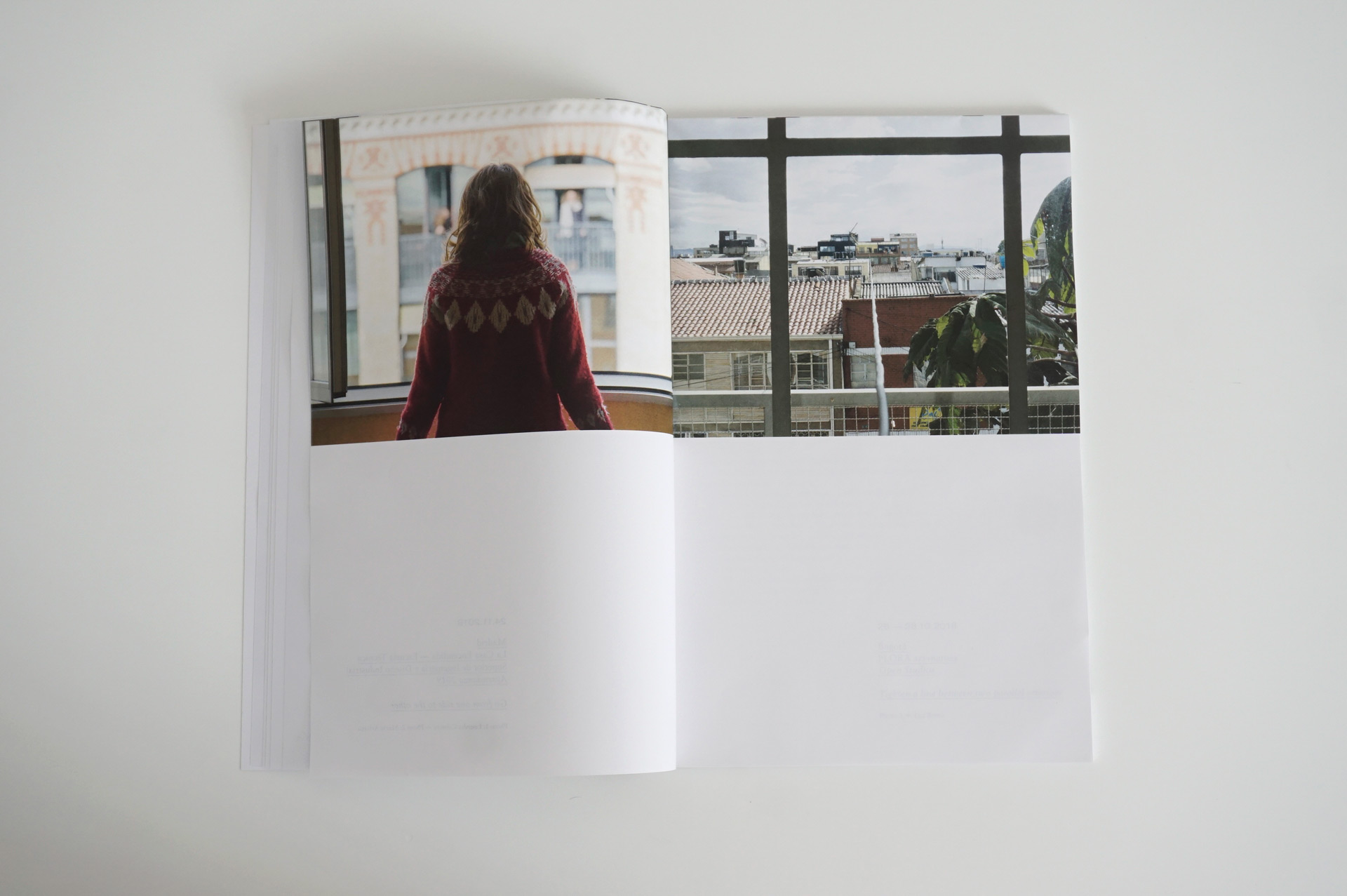 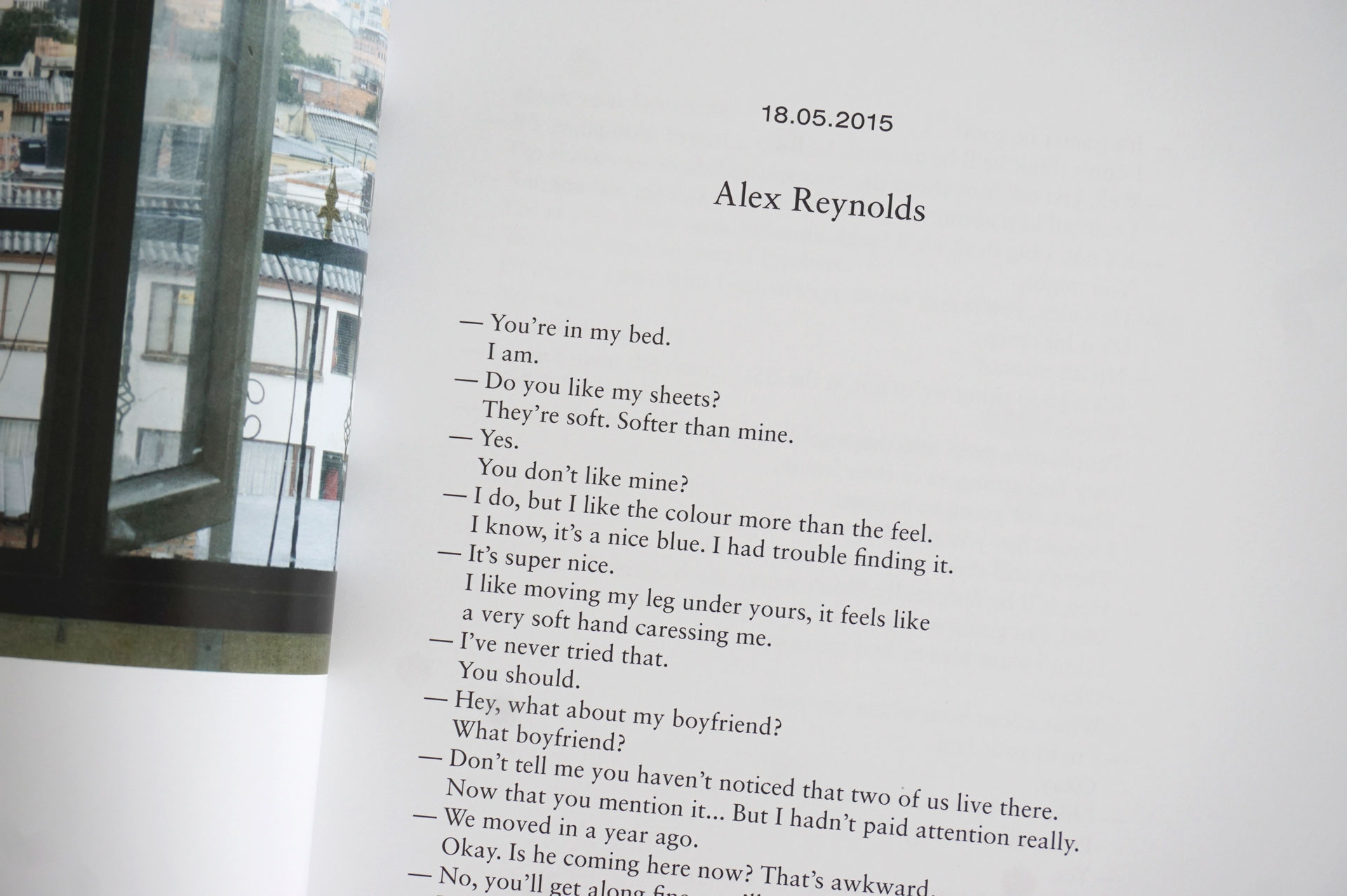 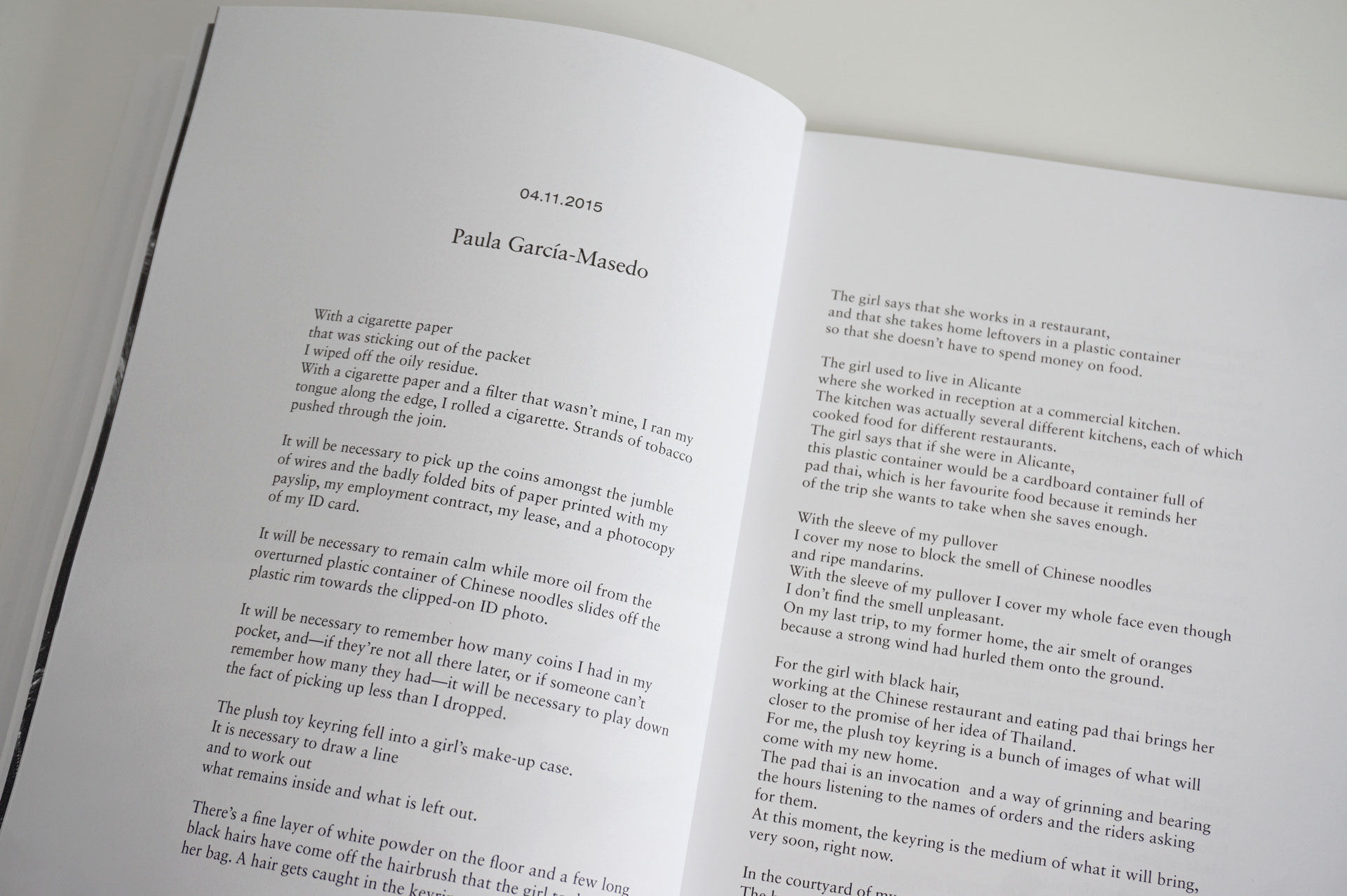 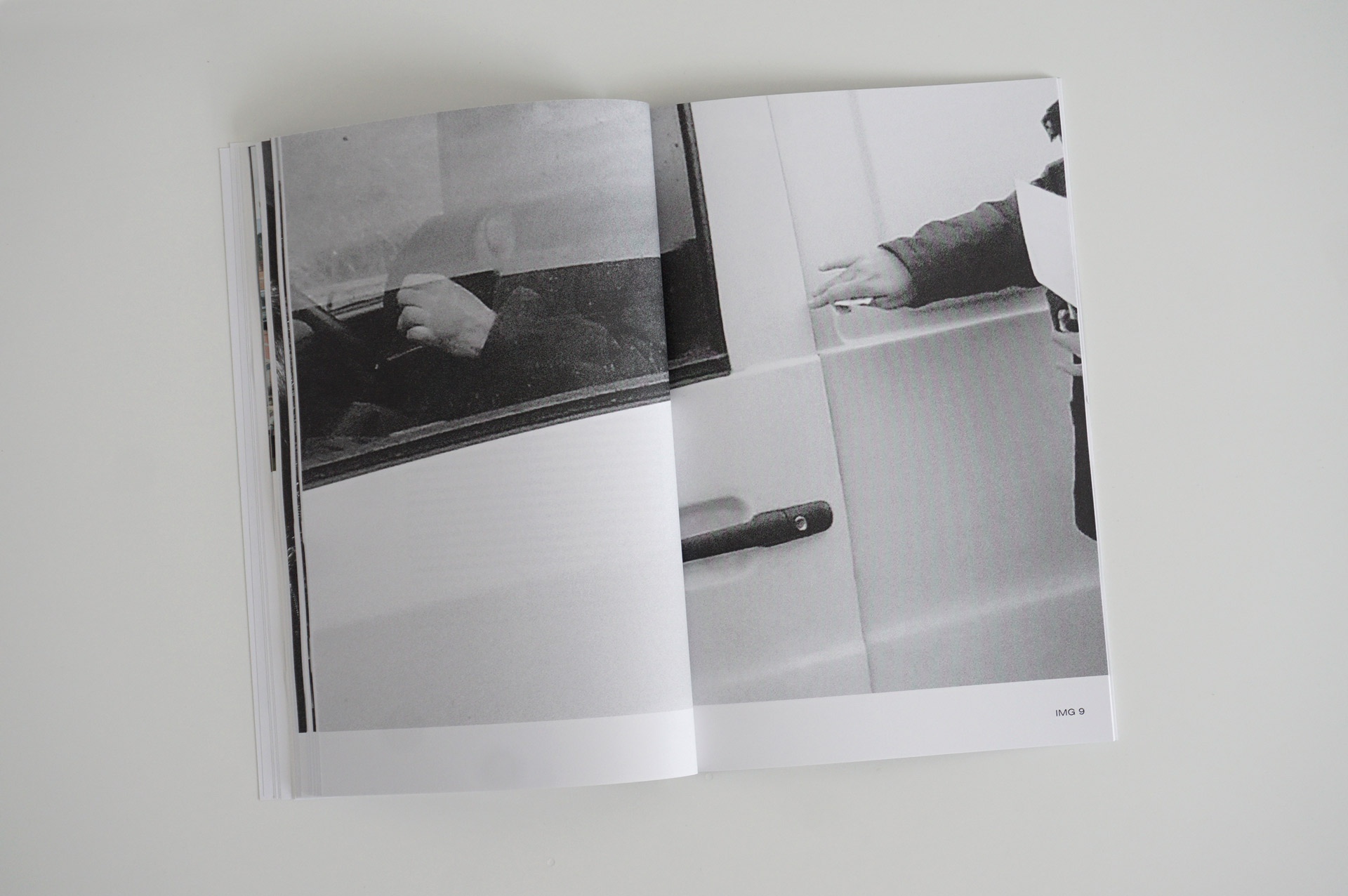 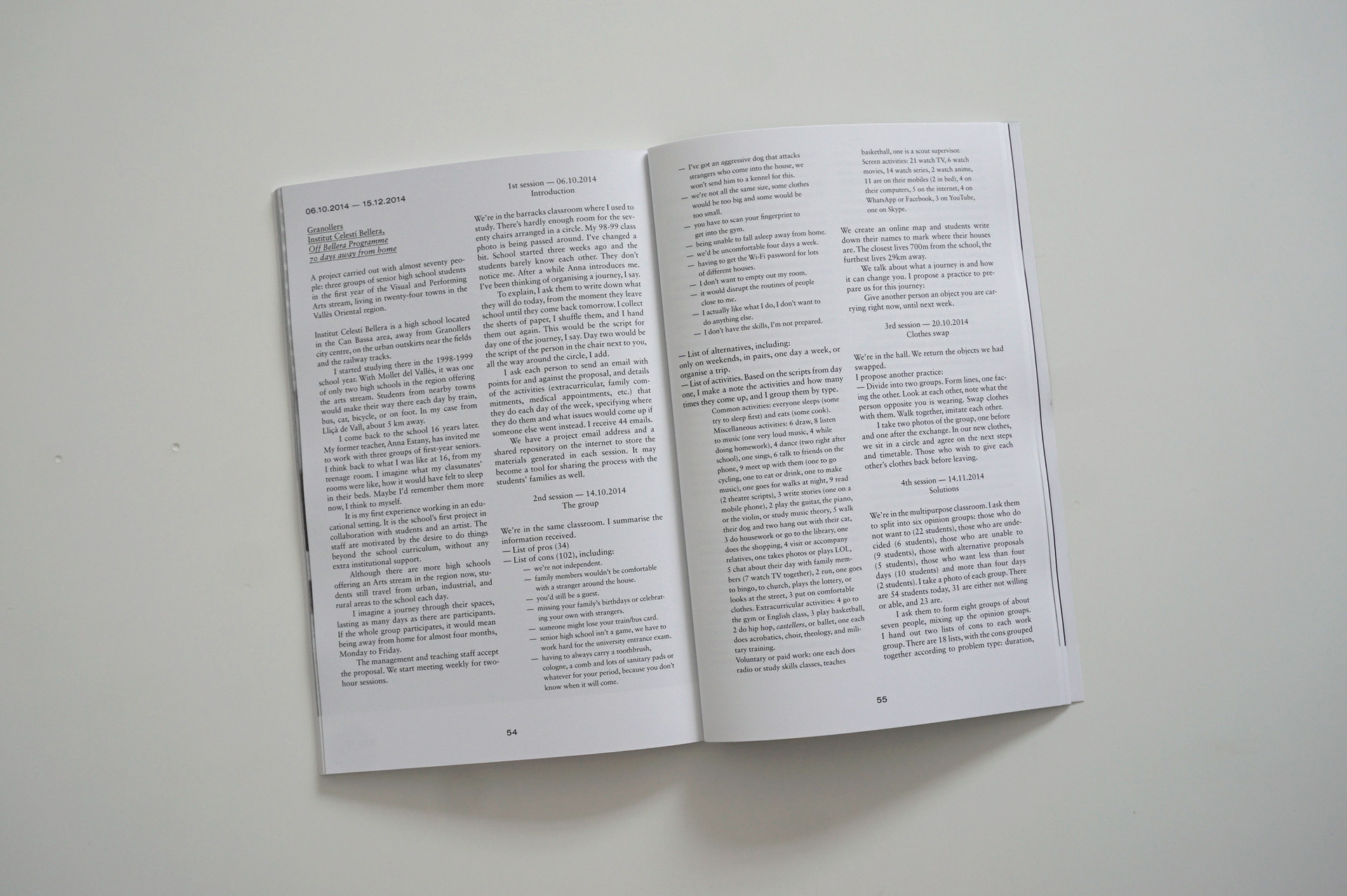 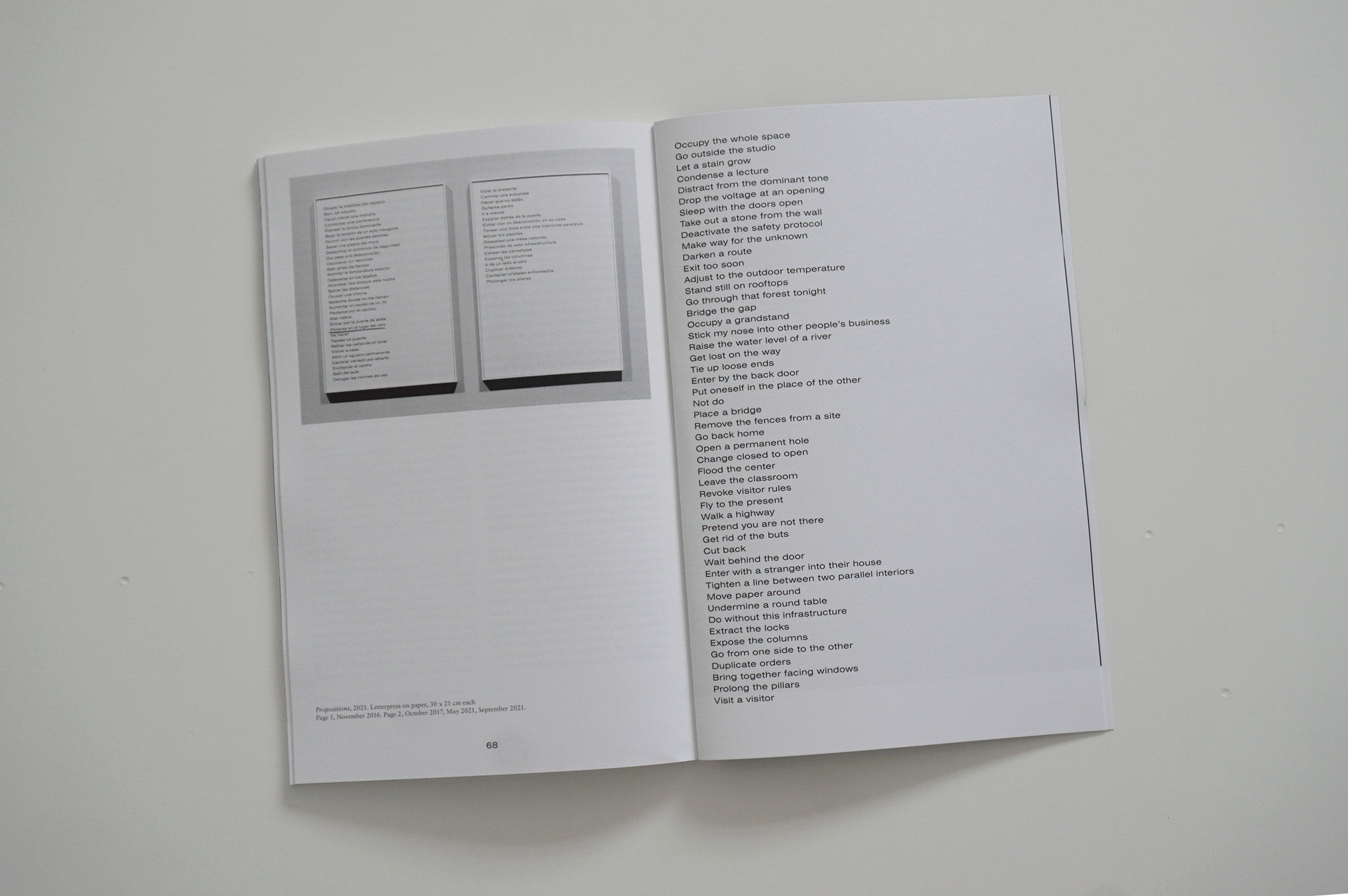 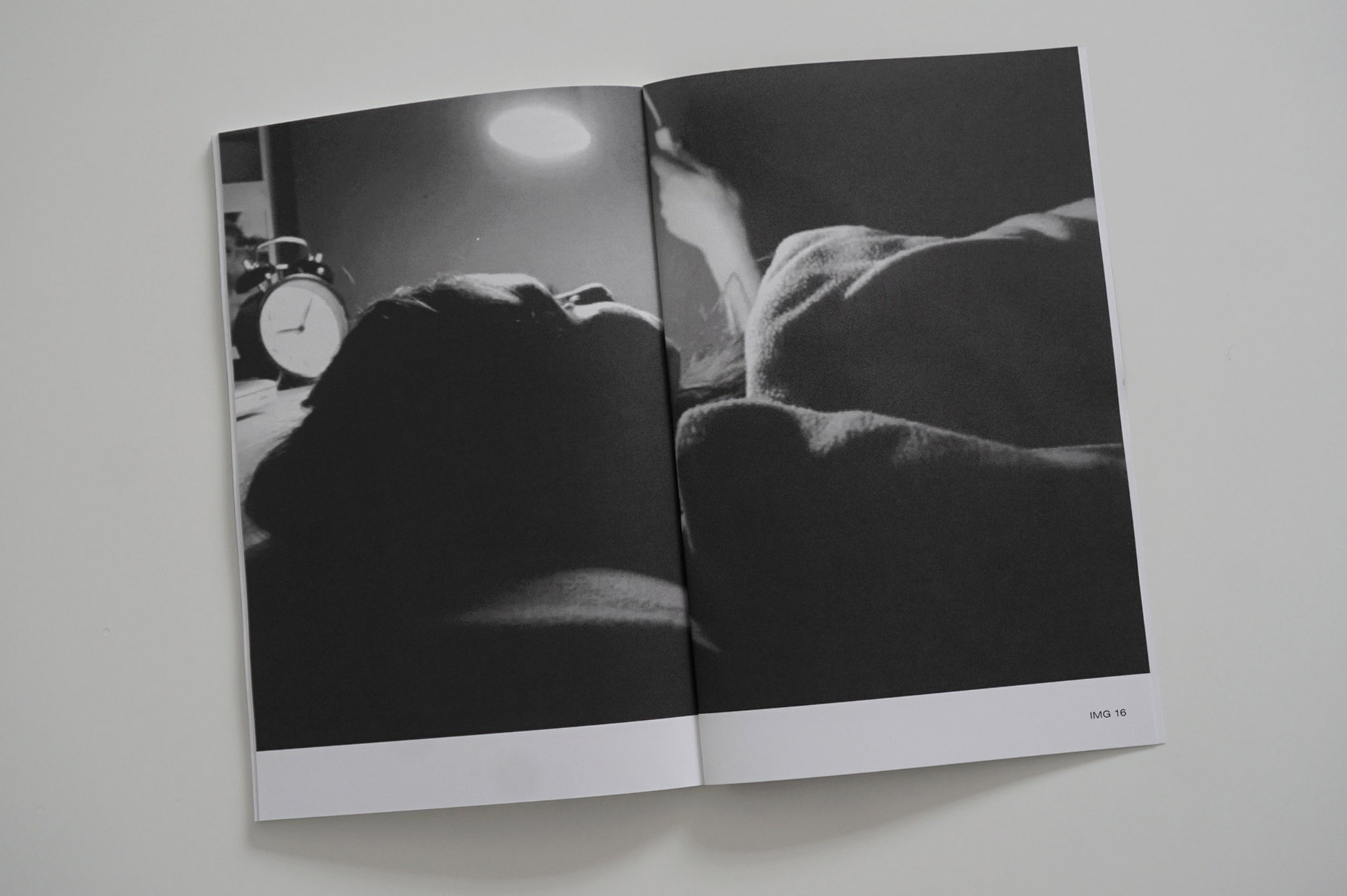 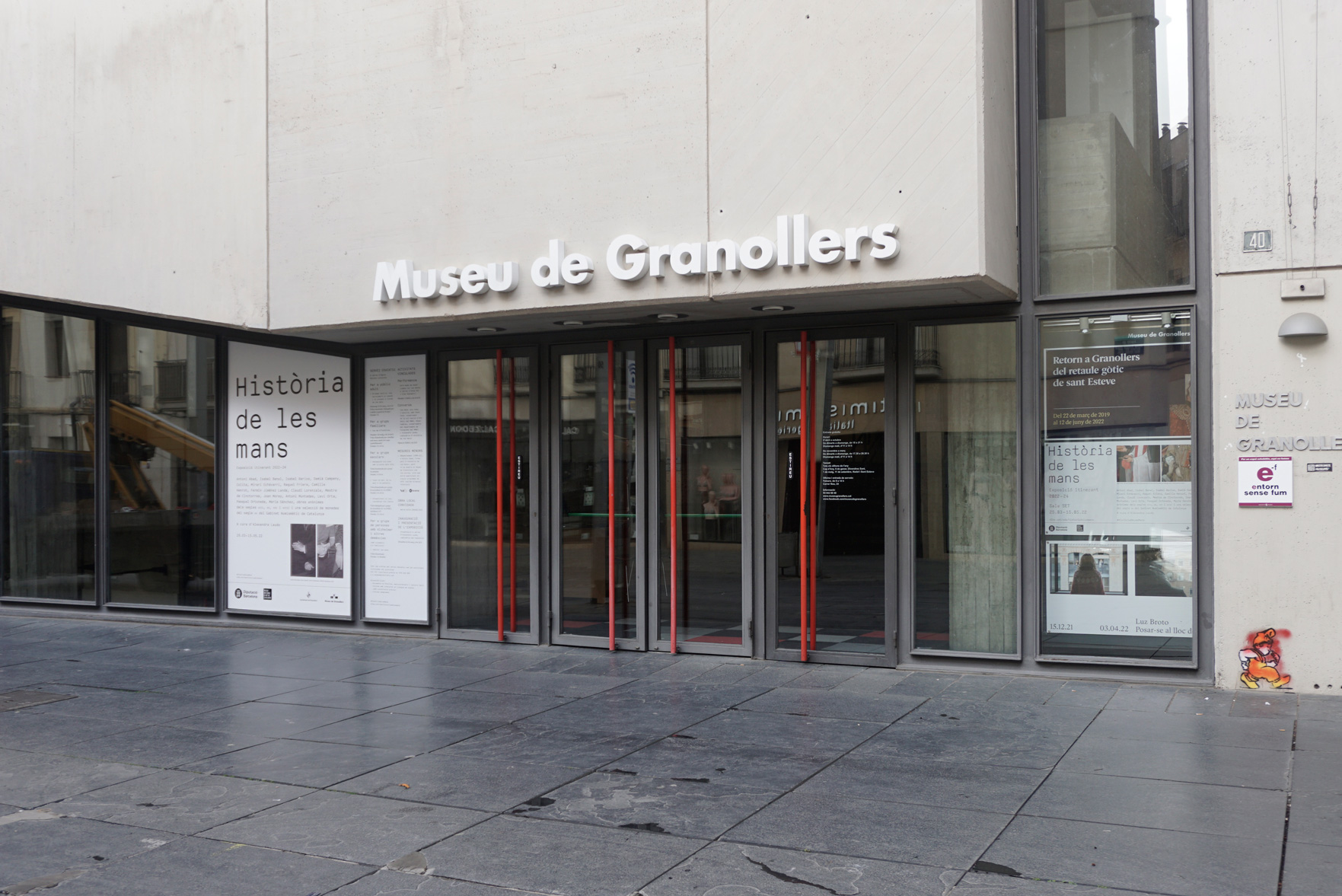 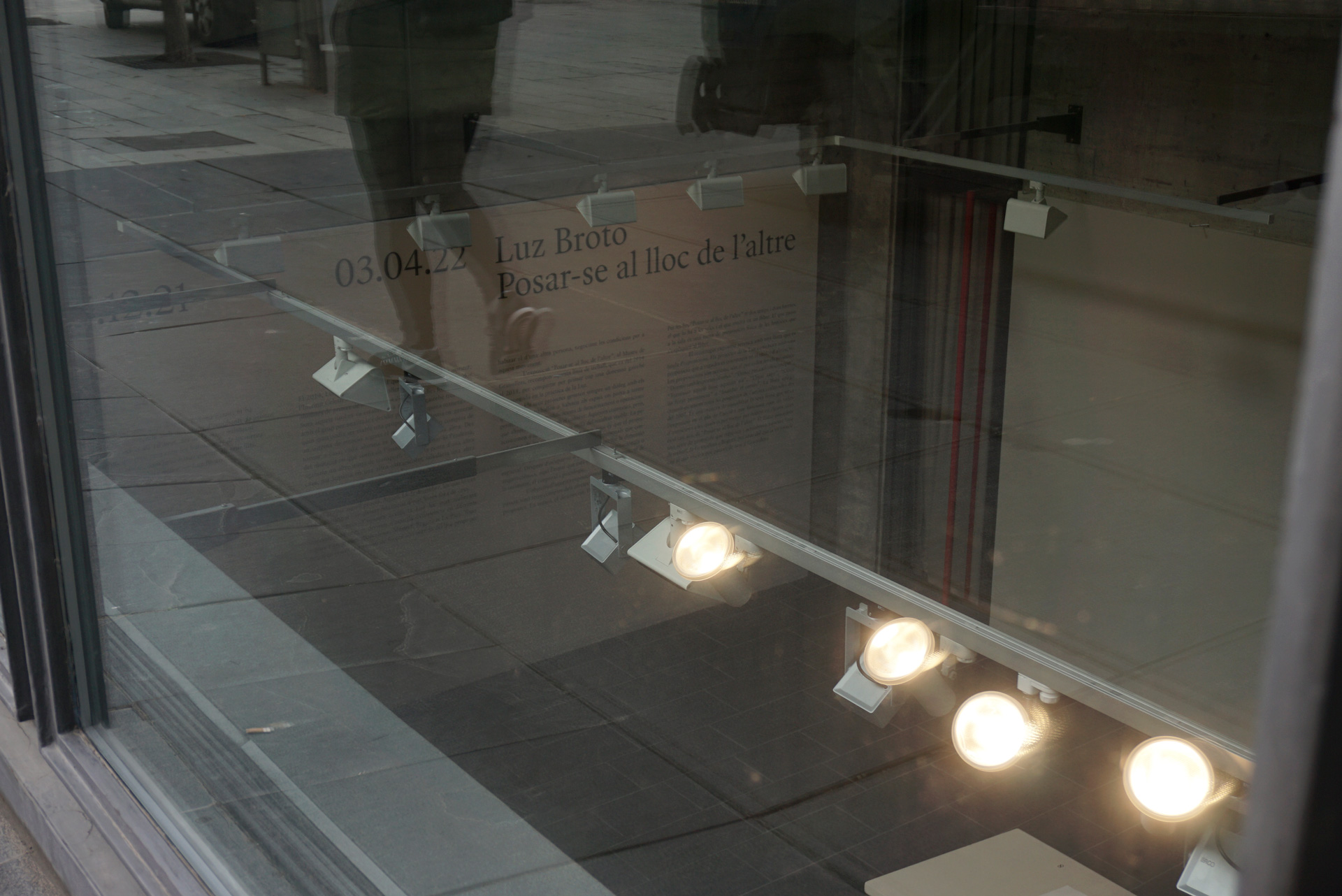 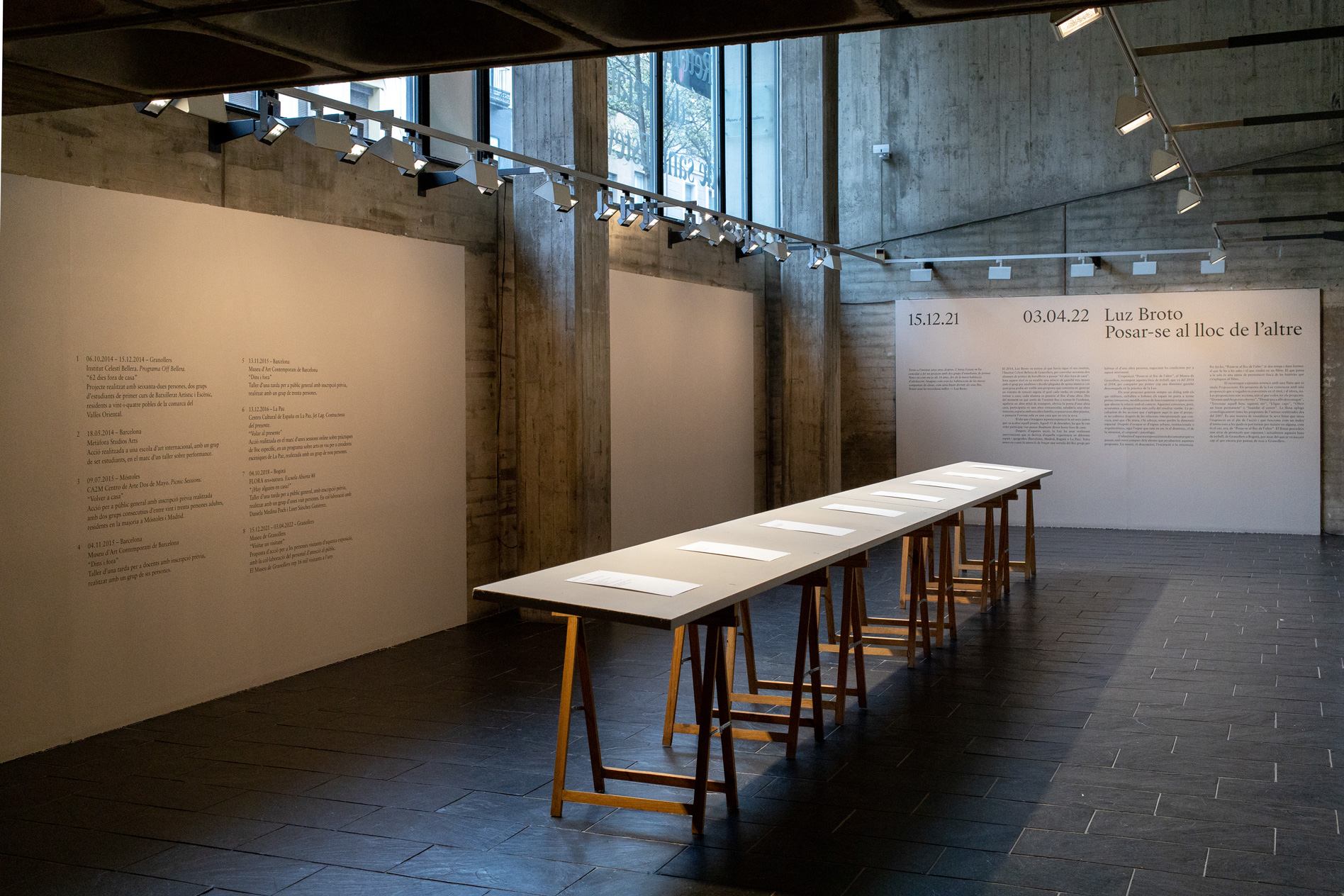 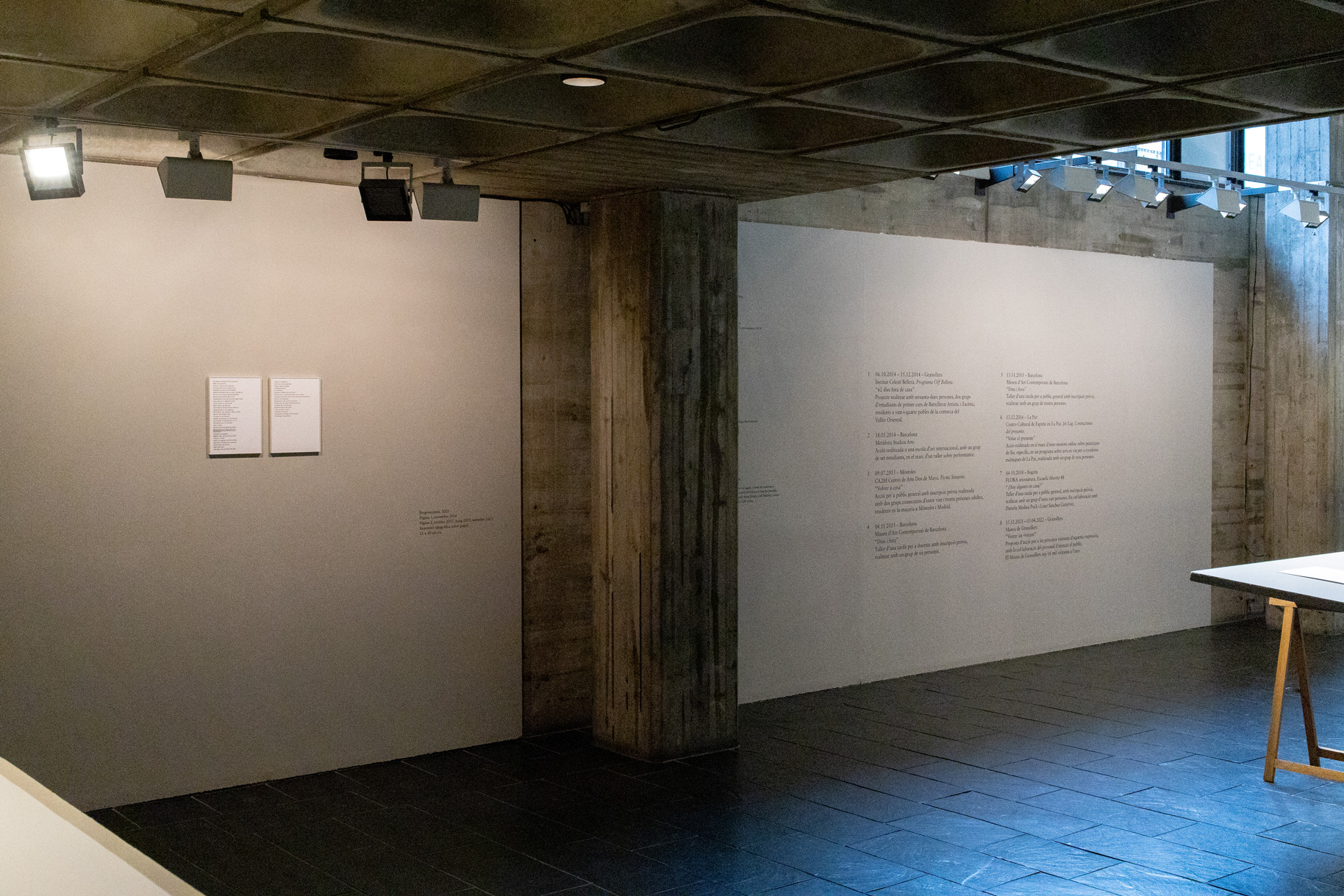 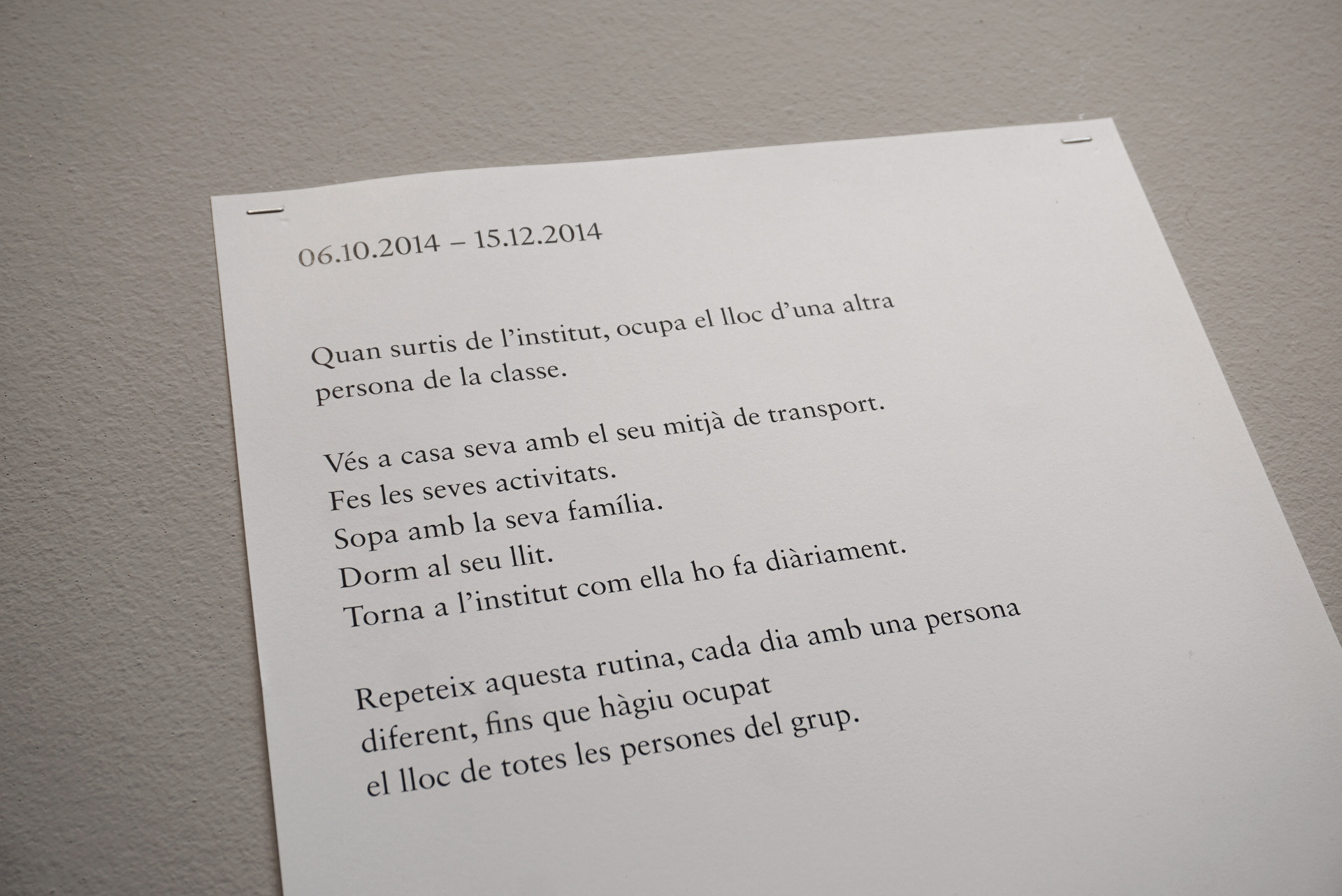 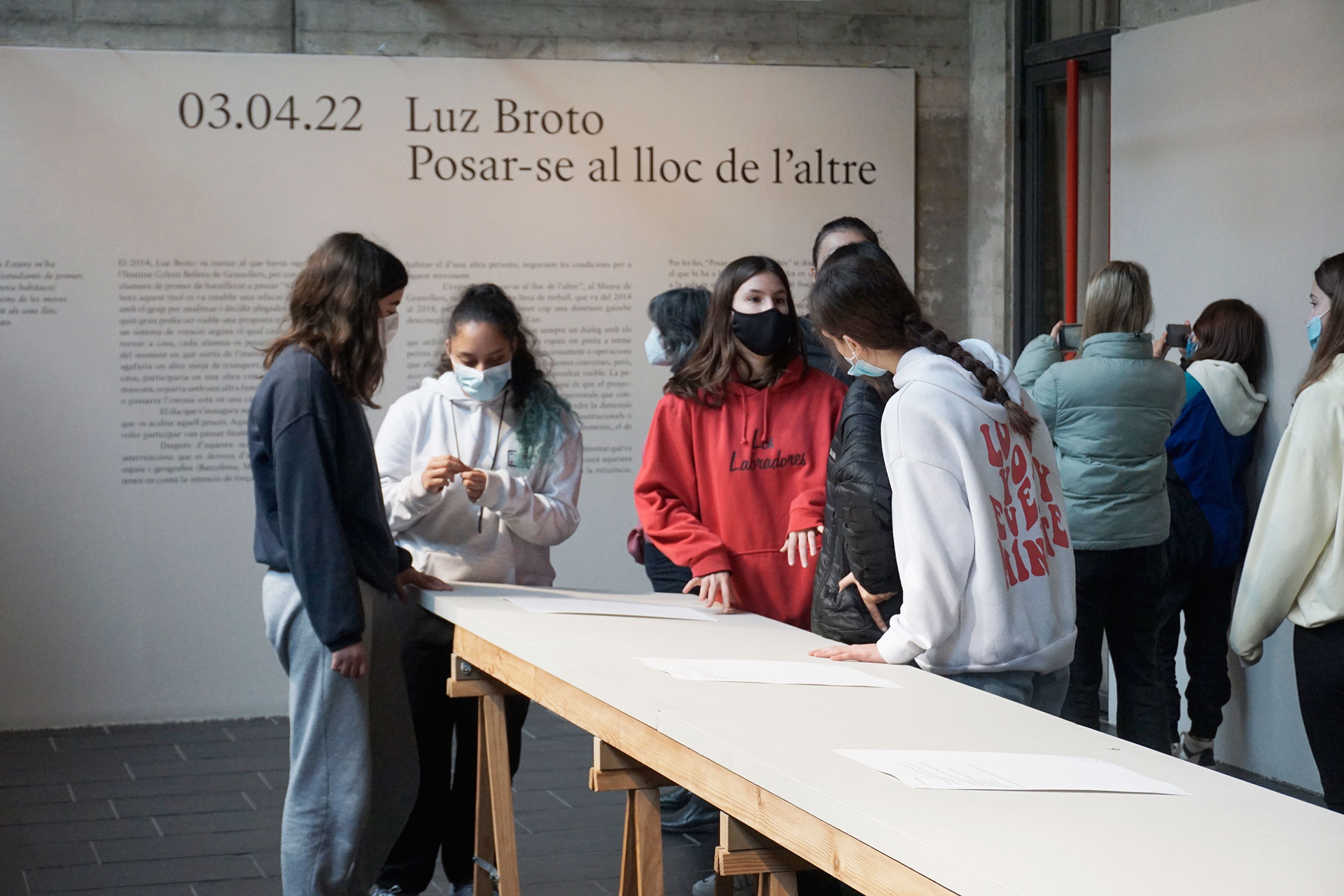 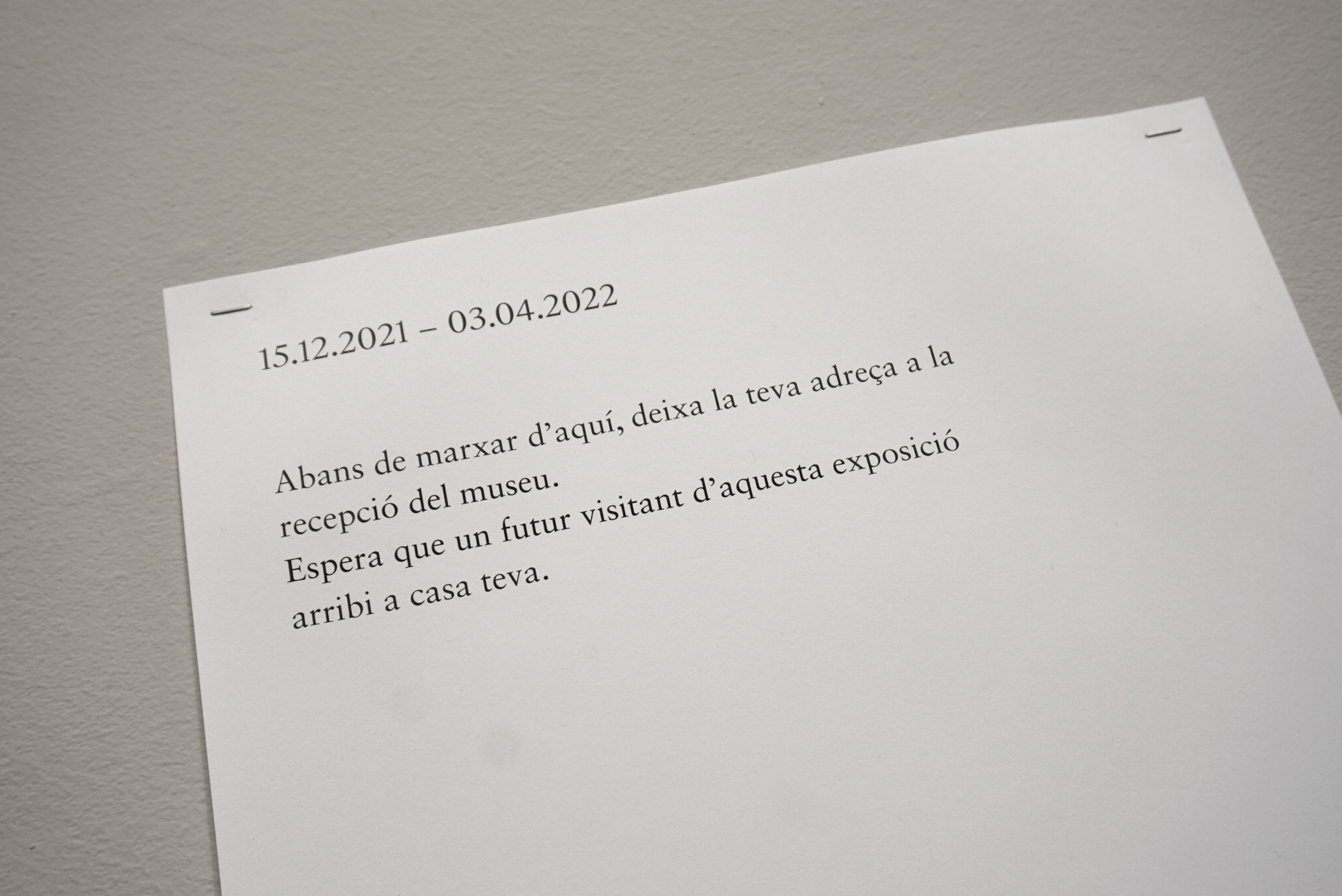 The exhibition and the book Put oneself in the place of the other bring together and share for the first time a series of actions done from 2014.

The first one was at Granollers, at my former high school, the Institut Celestí Bellera. I invited 70 first-year senior students to spend “70 days away from home”. For almost three months, we met to decide how it would be possible to carry out the proposal of generating a shift-based system whereby every afternoon, rather than going home, each student would swap places with another. From the moment they left the school until their return the next morning, they would use another means of transport, open the door to another house, participate in another extracurricular activity, greet another pet, have dinner with another family, put on another pair of pyjamas, or kill time alone in a house other than their own.

Since then, I have continued doing actions in different contexts and geographies (Barcelona, Madrid, Bogotá and La Paz) within domestic, intimate spaces. All of them share the intention of forcing one out of one’s own place and into the place of the other: abandon your daily routine so that someone else can occupy it (Metáfora, 2014); swap house keys for one night (Volver a casa, CA2M, 2015); empty out your pockets and reveal objectual intimacies (Inside and outside, MACBA, 2015); arrange to meet strangers across the Atlantic (Fly to the present, Centro Cultural de España en La Paz, 2016); get someone to open up their house to you (Enter with a stranger into their house, FLORA, 2018).

For the exhibition, I translated these experiences into short instructions and added a new action for the exhibition’s visitors: receive someone you had forgotten to expect (Visit a visitor, Museu de Granollers, 2021-ongoing).

The book brings eight fictional texts from different authors as if they had participated in the actions. It includes images of the actions, a text where I tell the processes, and a curatorial text that gives context to the project.