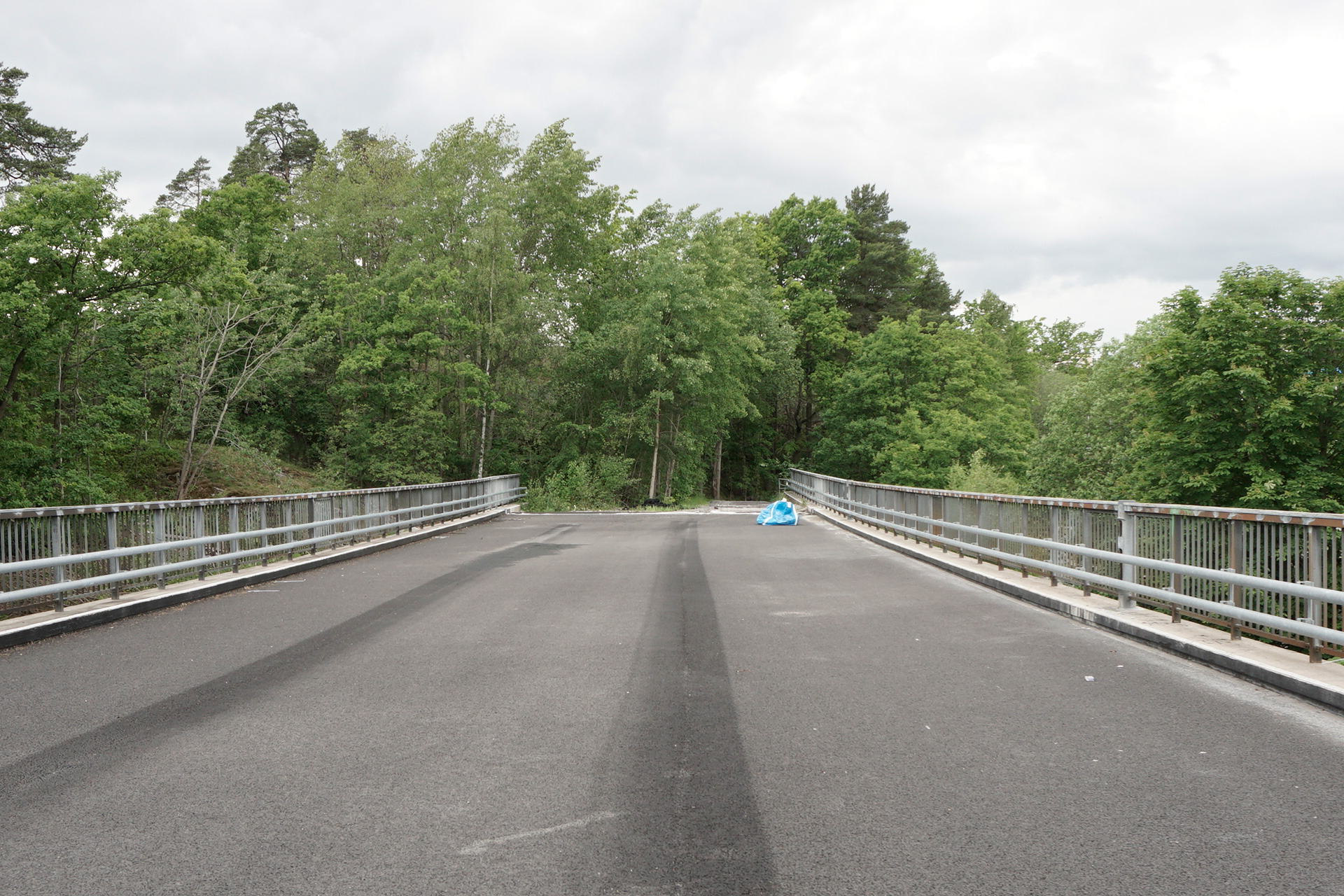 Connect two dead ends by walking along a highway.

Tomteboda post terminal is one of the giant buildings in Sweden, the former mail terminal built at the beginning of the 80s. It is located in Solna, a municipality in northern Stockholm with a dense, feature-mixed, and well-knit area with barriers in railways, local roads, and heavily-trafficked highways complicate the connection to Stockholm, especially by walk. In front of Tomteboda, there’s a dead-end road. It is a piece of an empty motorway built in the 70s but never used. In spring 2017, Tomteboda was the framework for a group exhibition with urban planners, architects, and artists.

The action consisted of reusing that dead-end road as an alternative route to access the building. Over two months, I repeated this everyday action as an open invitation to the group. It consisted of walking from Stockholm to Tomteboda through the quickest way, from one little dead-end path to the dead-end road, along the E4/20 highway. It was a method for understanding how movements are conditioned in a city. By insisting on “walking wrong” and locating the body in the “wrong” place, the vulnerability of the human body concerning speed and scale was made visible. The action revealed the precious and precarious web of relationships between humans and places.

In the exhibition, I showed video documentation of the first walk on March 22th and a photocopy from a page of Tomteboda post magazine from 1982. That page, with the title “Excuse me, how do I get to Tomteboda?”, informed the workers of the different ways to access de building, by public and private transport or by foot. Then, the now two dead-end roads used to form a walking path. Besides, I wrote a text in the publication that narrates how the project came into being and what it brought out.

These elements address the visitors by asking how they arrived in Tomteboda while informing them of a possible alternative route. 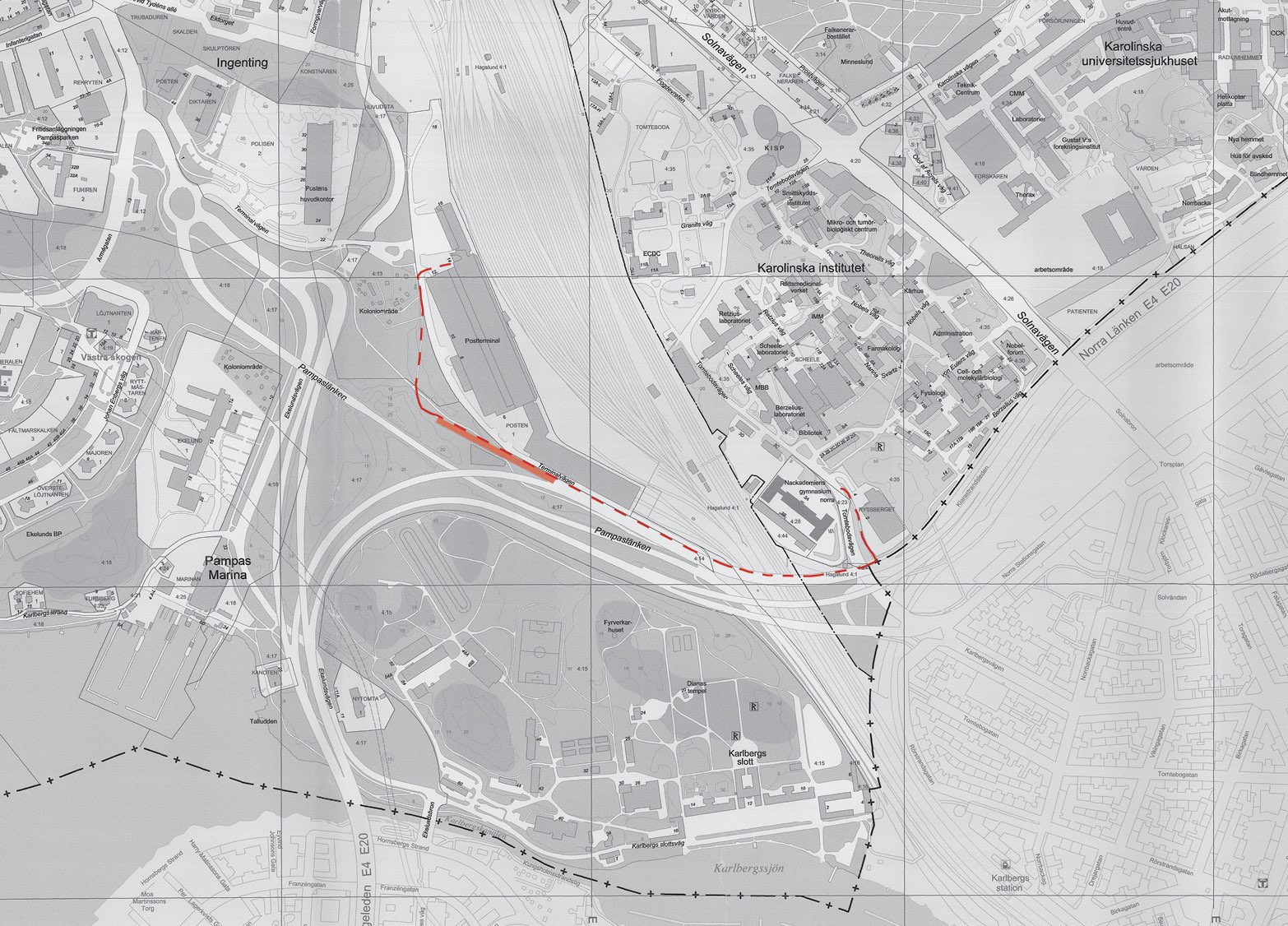 Location map of Tomteboda by the railway tracks and the motorway, on the border between Stockholm and Solna. Walk tour in red, along the unfinished highway section, the highway shoulder, and the dead-end road. 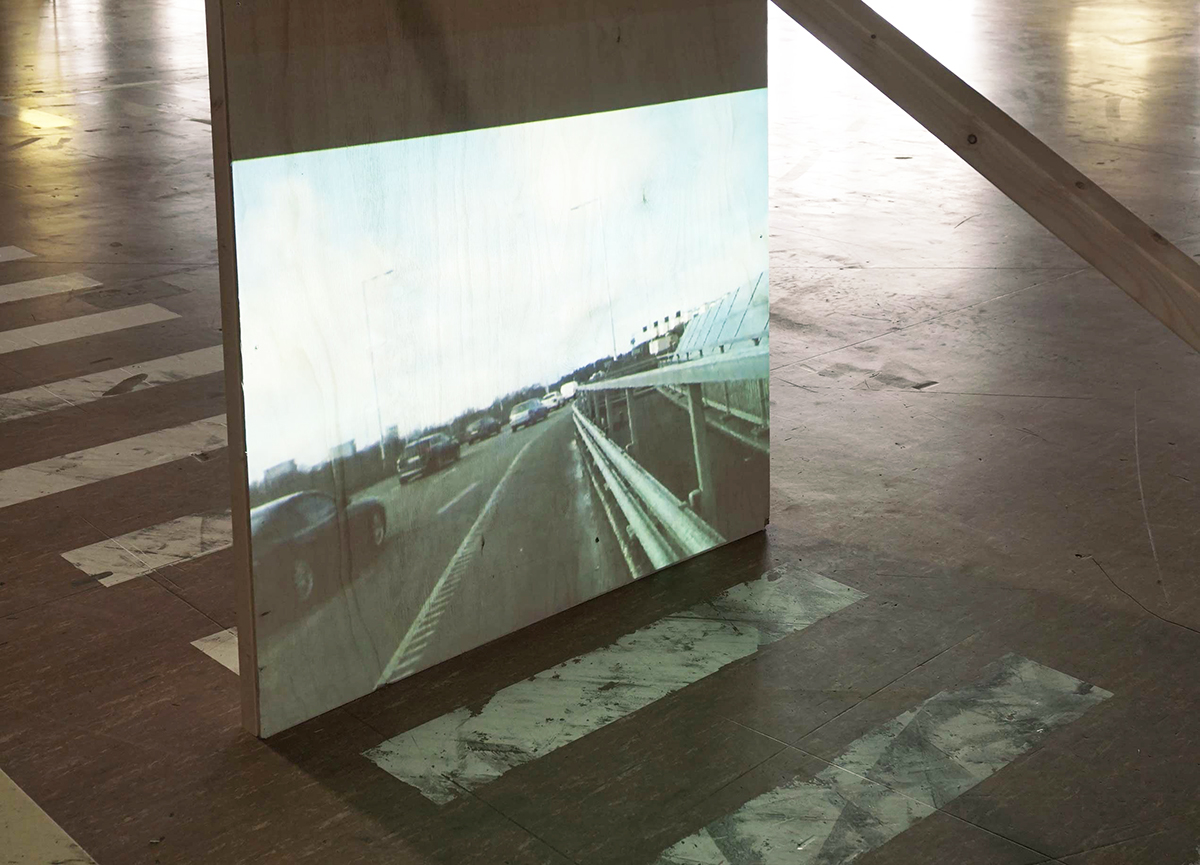 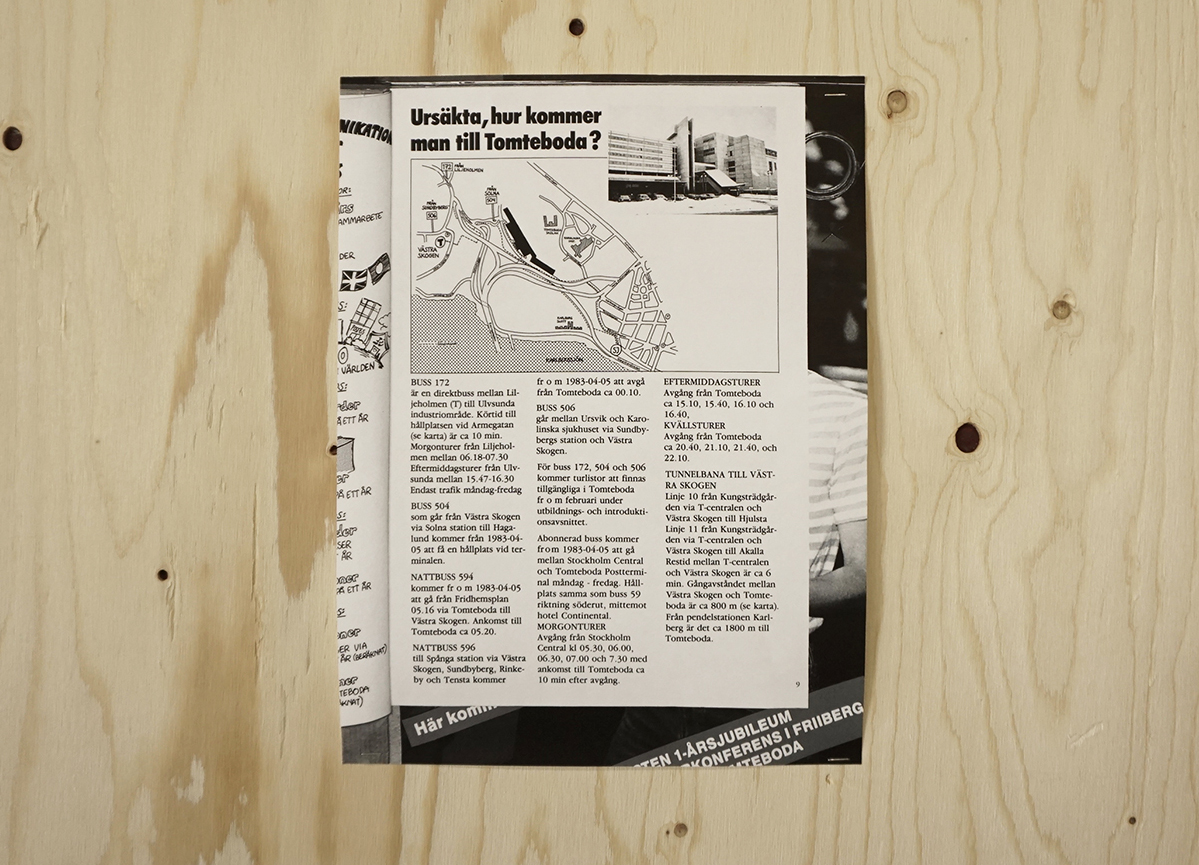 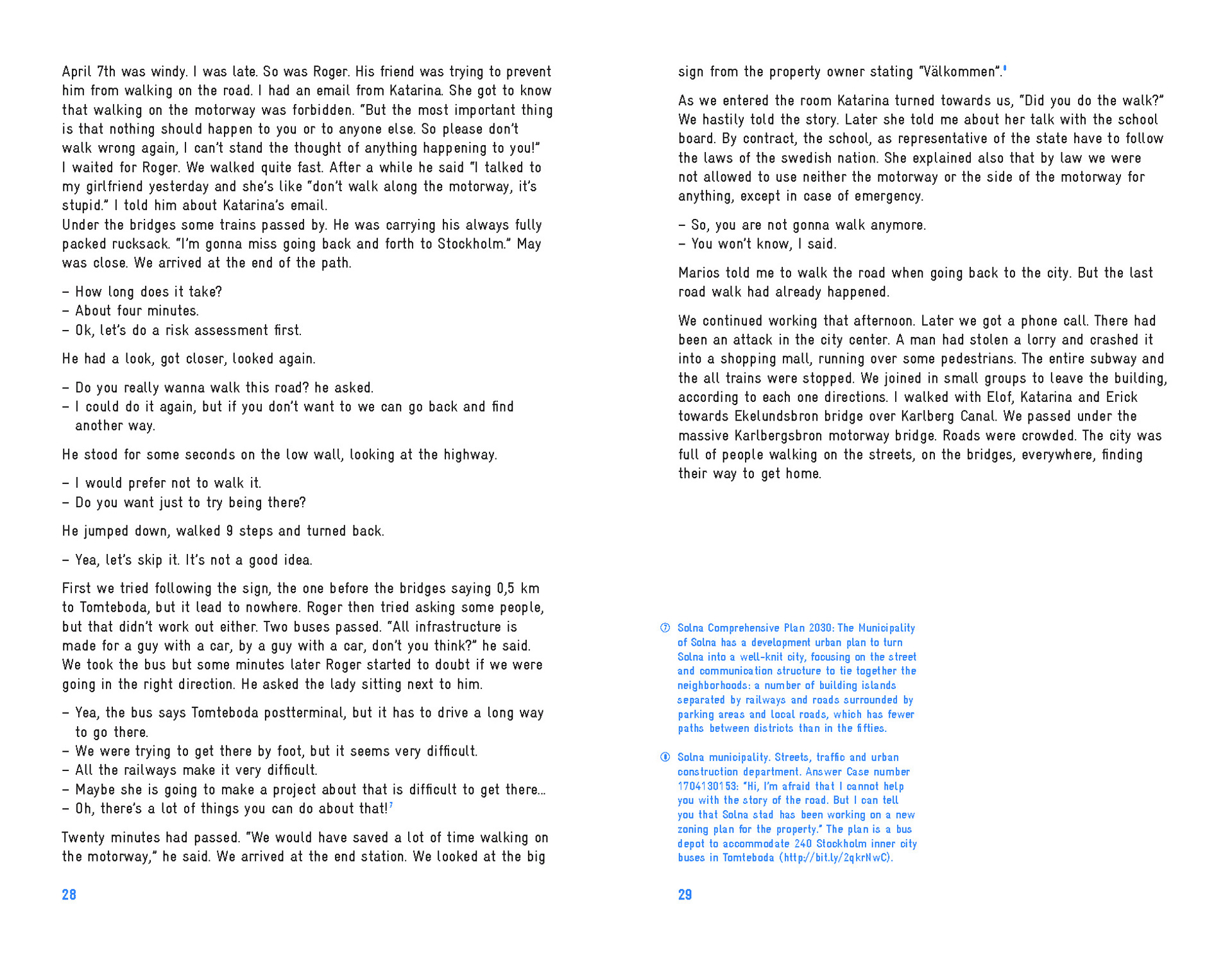 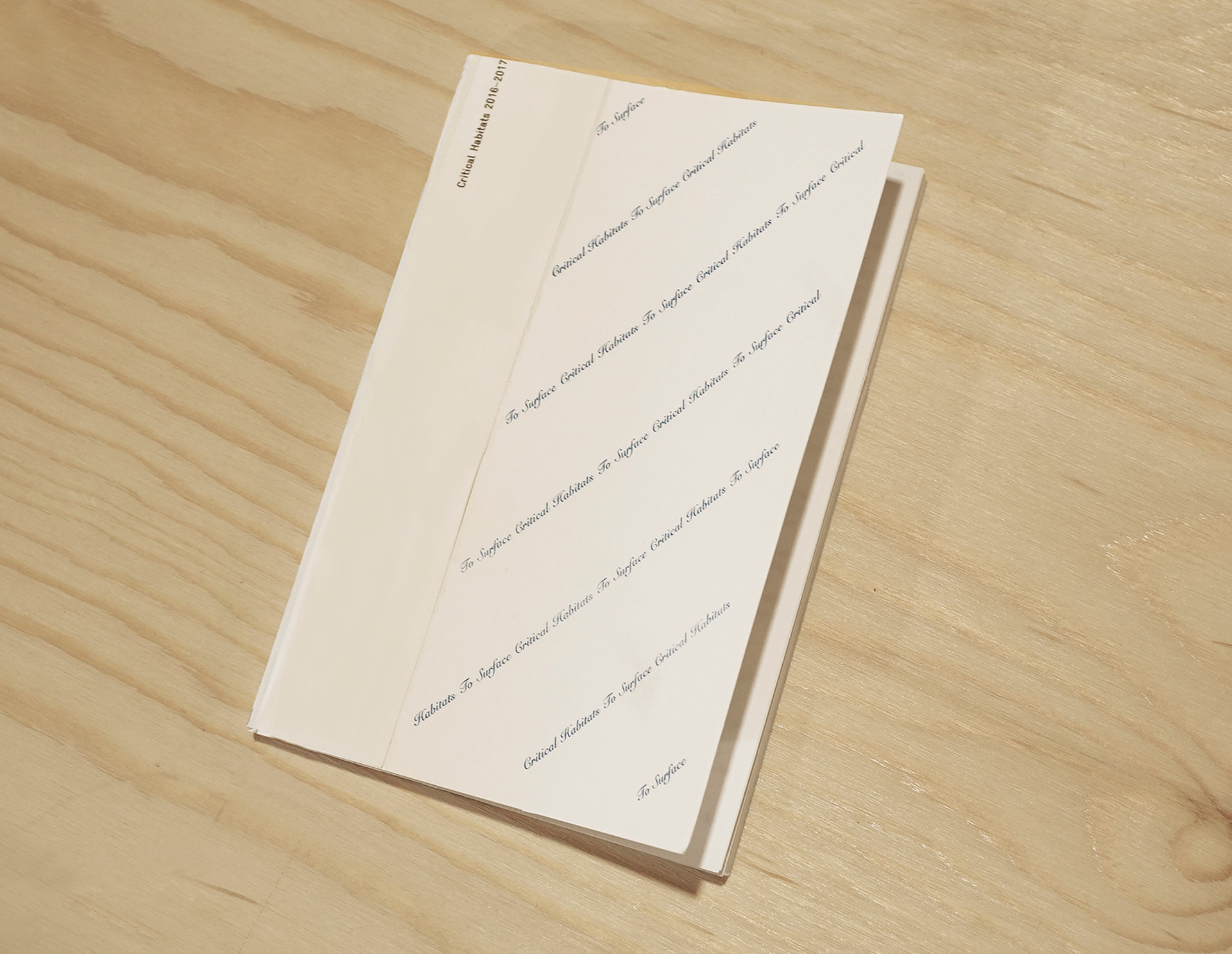 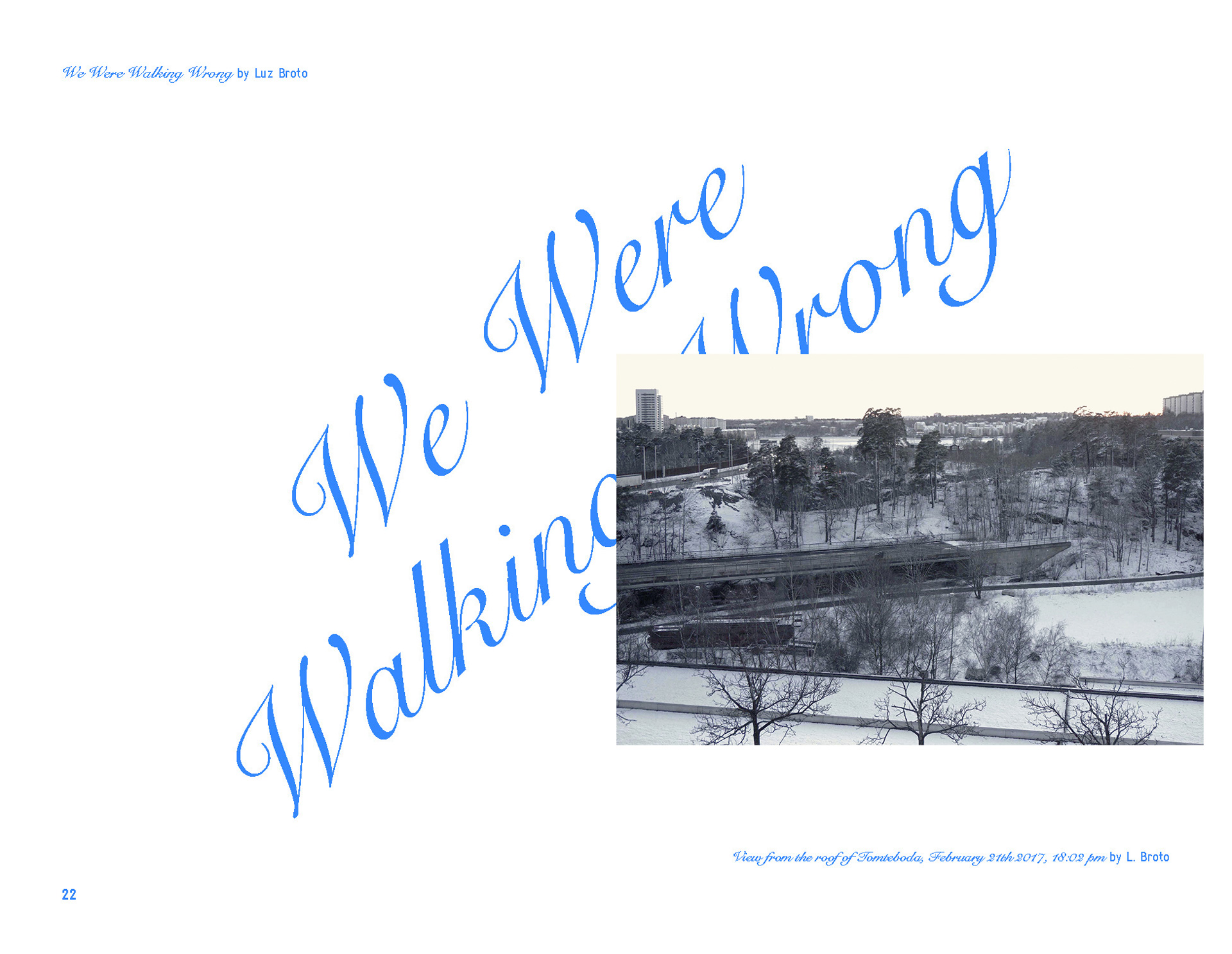 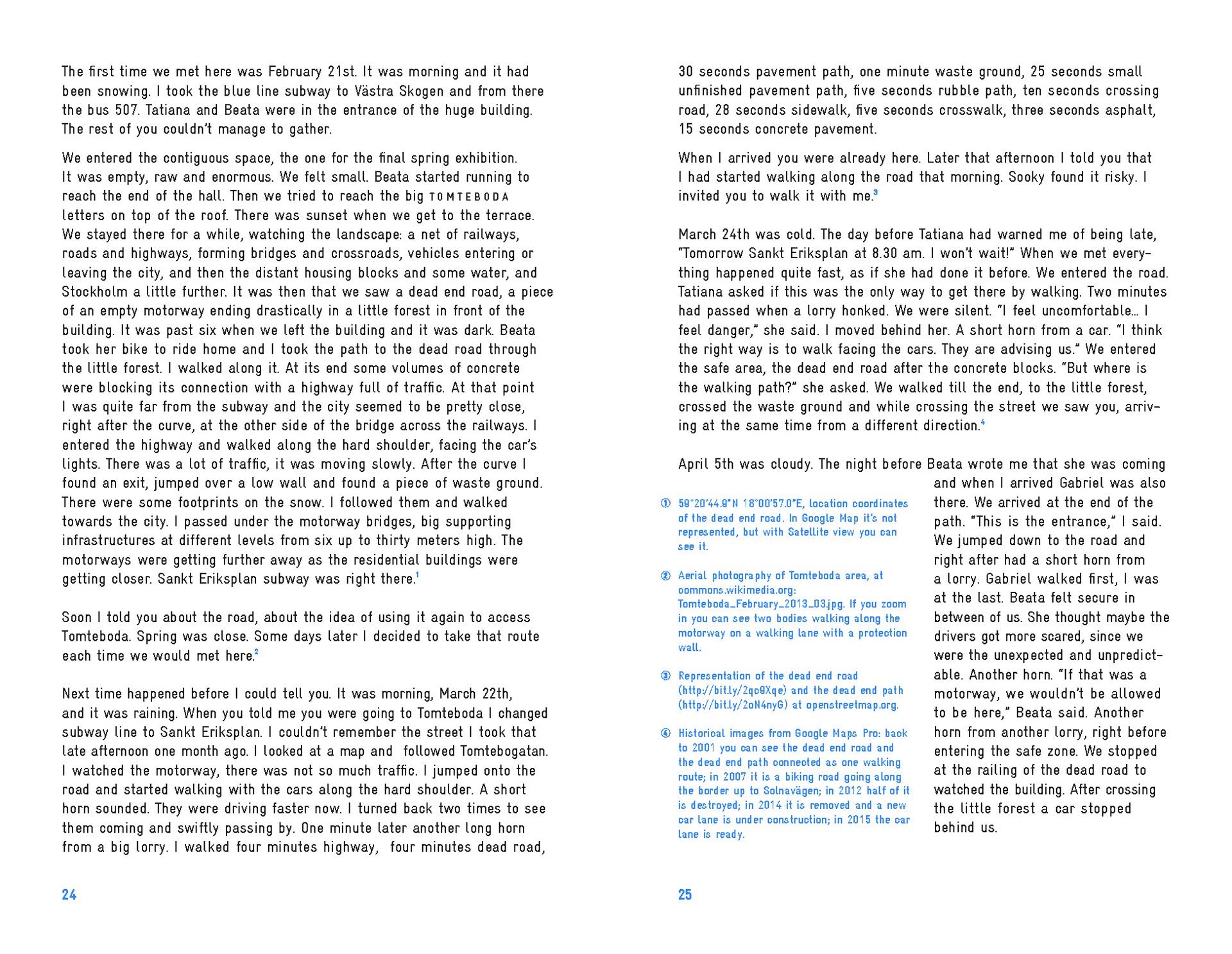 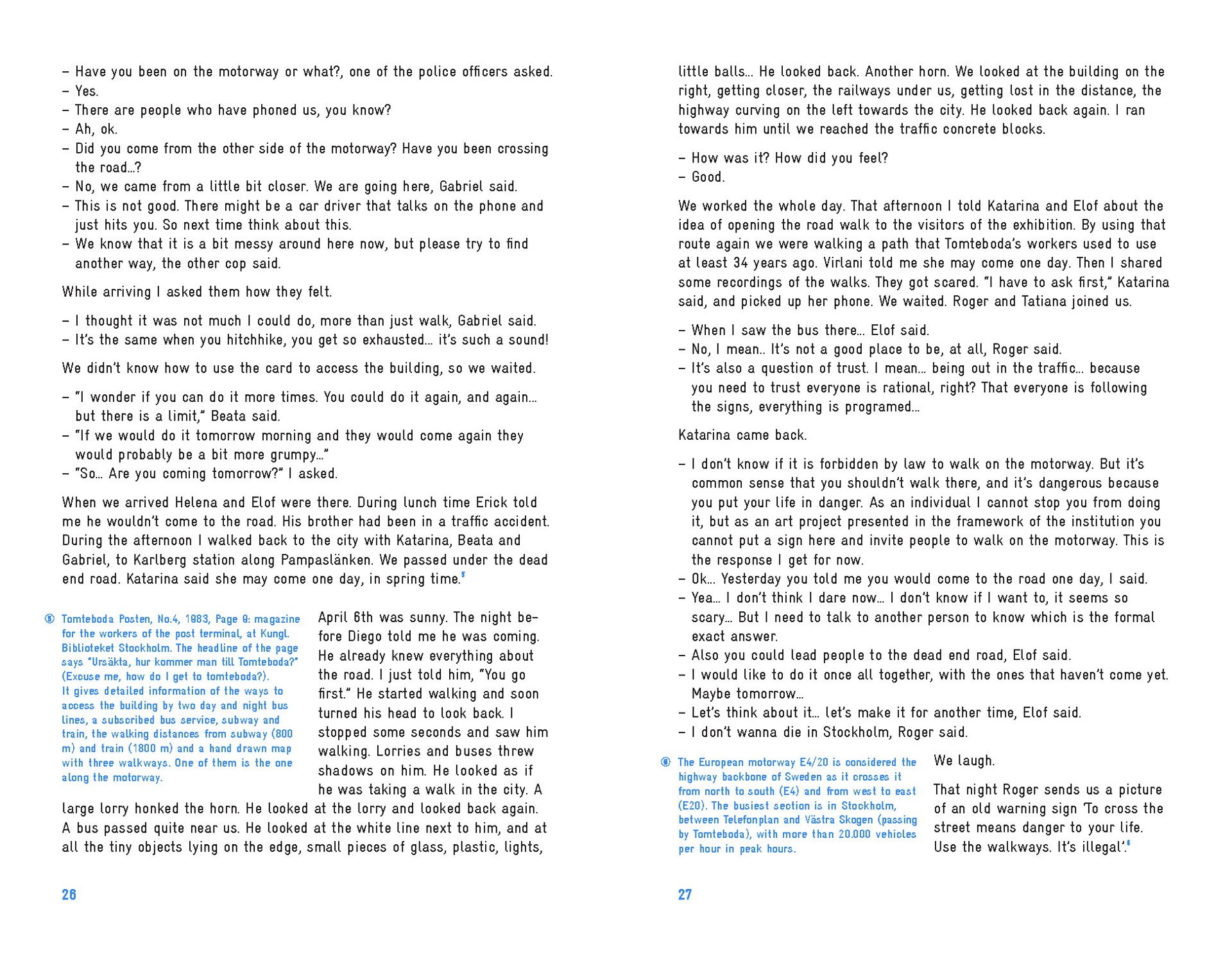 PDF (ENG) We were walking wrong 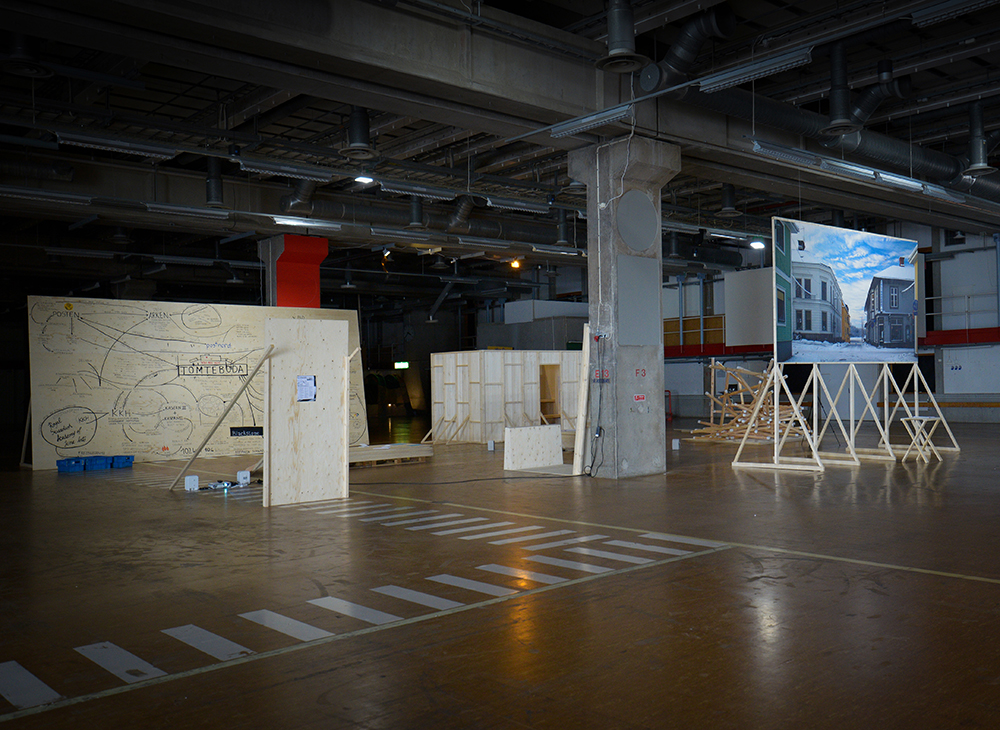 This proposal took place in the framework of the ‘Critical Habitats’ program at the Architecture Department of the Royal Institute of Art, Stockholm, and the group show «To Surface» at Tomteboda post terminal, with works by Helena Bloom, Beata Hemer, Sookyoung Huh, Gabriel Kanulf, Tatiana Letier Pinto, Erick Moden, Marios Salatas and Roger Westin.